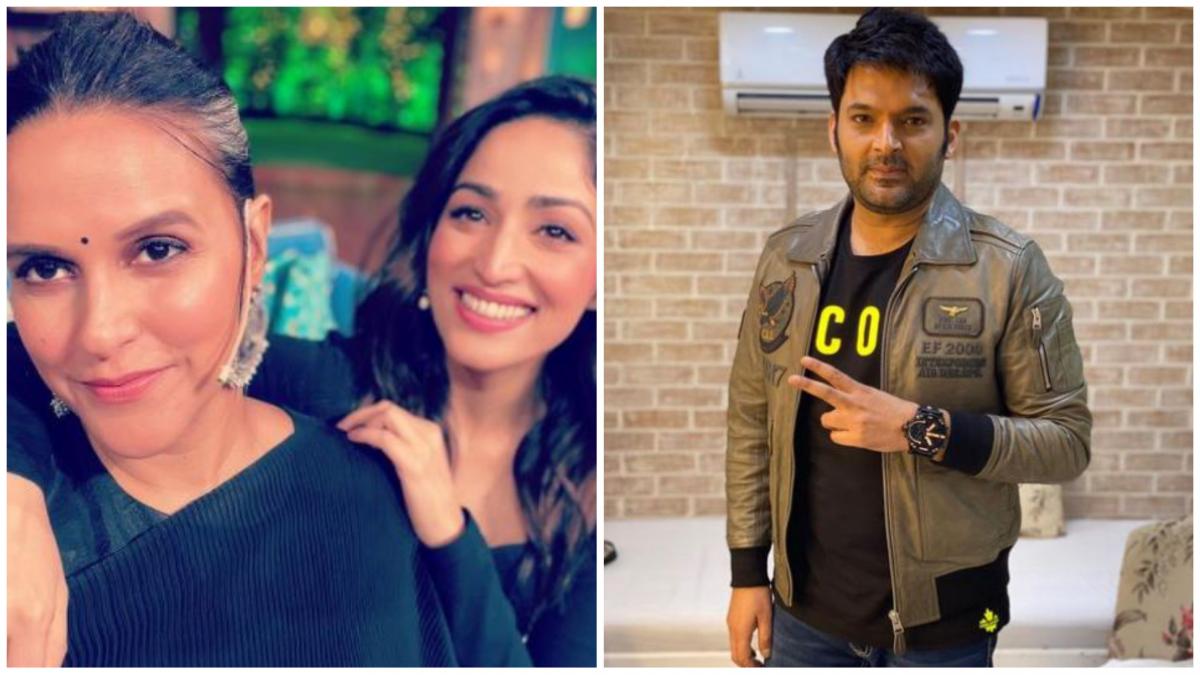 The Kapil Sharma Show is one such entertainment show, where every week the gathering of different celebs is decorated. Every weekend celebs come to Kapil’s show to promote their projects and have fun with comedians. This week, 2 gorgeous divas of Bollywood Neha Dhupia and Yami Gautam are going to be seen in the show.

When Neha Dhupia got her hands washed before kissing

Neha Dhupia and Yami will be seen promoting their film A Thursday in Kapil’s show. The promo video of the show has been shared. In the video, Neha Dhupia reveals that she made a co-actor wash her hands 5 times before kissing.

Kapil Sharma says- Neha had to kiss an actor’s hand in a film, she got her hands washed 5 times before the actor. Neha takes care of hygiene so much. To this Neha Dhupia replies – I am married and I am doing exactly such roles now… She gets her hands washed or she says come after taking a bath. Everyone starts laughing loudly on this talk of Kapil.

Apart from this, comedian Krishna Abhishek also makes fun of Neha Dhupia’s husband Angad Bedi. Krishna says- Kappu, I am a big fan of her (Neha Dhupia) husband. Whenever he comes out of the gym or wearing sando, then my heart wants me to run to him and say what shirt is needed. This word of Krishna brings smile on everyone’s face.

Seeing the promo of the episode, you can guess that if the promo video is so entertaining, then how much buzz is going to happen in the show. Fans have liked the promo a lot, now they are just waiting for the telecast of the episode.