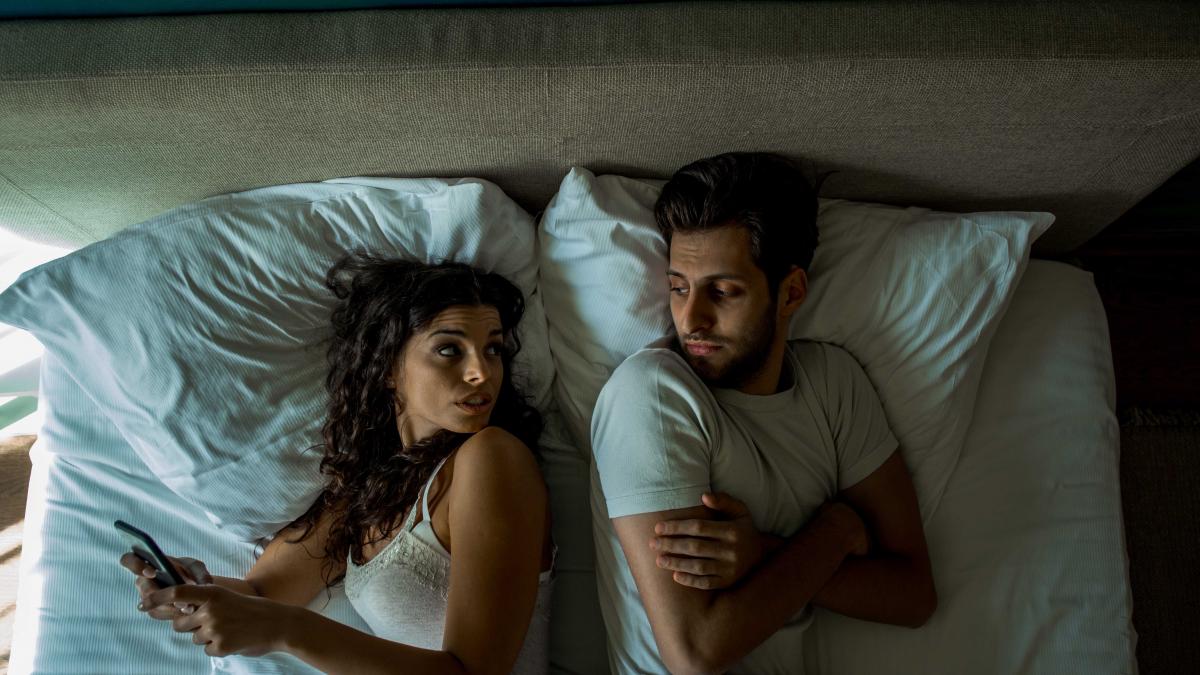 Just as being a mother is the greatest happiness in the world for a woman, in the same way becoming a father is not less than a blessing for a man. In fact, the child is sometimes seen as a social prestige for men and if for some reason a man is unable to become a father, then it is considered a curse. He starts feeling his existence incomplete. Just as a woman gets taunted for not being able to become a mother, similarly a man is also humiliated in the society. In fact, many times this situation becomes more frightening for men than for women.

Something happened with David Hodge, a resident of New South Wales, Australia, when the doctor told him that his semen did not contain sperm and he could never become a father. He hid this truth from the world for three years because of fear and embarrassment. After facing many kinds of mental stress and pressure, he finally accepted this and changed his attitude towards life.

This is David’s story

Narrating his story, David said, “In the year 2015, my wife and I were struggling for a child, we got a checkup in the hospital and my world ended with what I came to know. We had cousins ​​who had children and I too had many dreams about the child. My biggest wish was to be a father. But the doctor’s refusal broke me. I cried a lot. I used to cry bitterly in front of my wife because she was desperate to become a mother.

The doctor explained to Hodge that he had sperm inside but not in the urethra because his reproductive system lacks a tube that carries sperm to the urethra, called the vas deferens. The vas deferens is a kind of tube that carries the sperms to the urethra, from where the sperms go inside the woman after intercourse. The doctor said that if they want their children, then for this their sperms will have to be removed from the testis through an operation.

According to Hodge, “I kept this news hidden from everyone except my close family members for three years. I was a little embarrassed. I had never heard of such a defect and it was found in only one to two percent of male infertility cases. I didn’t know how people would react to this.

Infertility cases are increasing in men

Dr Frank Quinn, Fertility Expert at IVF Australia Hospital, who faces similar cases every day, says, “There is no data on how many men in the world are undergoing fertility treatment and how much support their partners have during this time. But around the world, one in every six couples has to face many difficulties to have a child. In Australia, 40 percent of in vitro fertilization (IVF) cases are linked to male infertility, 40 percent to female infertility, while 20 percent of cases have no cause.

Now we do IVF equally for infertility in both men and women, says Dr. Frank. Till now this misconception was spread in the society that infertility is related to women. This misconception partly dates back to the early days of IVF, as the treatment was largely used for women who had closed fallopian tubes. Experts say that many men are in shock when they realize that they have a problem like this.

Men are hesitant to talk about infertility

Apart from this, men often do not talk about their problems like women and therefore they often become a victim of loneliness in such situations. It is not that they do not have people but not like this with their friends in the pub. Can say that we are having problem in giving birth and my sperm count is low. It is also true that because of this, he can also become the object of jokes. It is associated with a kind of embarrassment for men.

Although slowly but many men are leaving this thinking behind. There is an increasing number of famous men who have spoken publicly about infertility, its challenges and the impact it has on their relationships.

Frank further explains, when a man does not have sperm, it is a big blow for him. Our society has a belief that a man transfers his genes to the next generation, so when someone comes to know that he does not have sperm, then it starts spoiling the best of relationships. That man starts thinking of himself as guilty and in this situation he also starts cutting off from having physical relations with his partner.

Why some men are hesitant about donor sperm

Melbourne-based psychologist Daniel Graber explains that men who are advised to use donor sperm for a child often have to go through many types of stress.

Graber says, “Because the child is in the woman’s womb, the man is worried that he will not be able to form any bond or connection with the child. This feeling is born in them that this child is not theirs. Many times men also think that their child will grow up and reject them. Many times during counseling, men ask such questions as to what the child will think about them when they grow up. When he is 13 or 14 years old, what will we tell him how he was born. We all know how kids are in adolescence, he will tell me that you are not my father.

Many men consider themselves to be bad husbands because of not being able to get their wife pregnant.

Don’t Take Infertility as a Curse

According to Graber, many men become victims of despair and depression because of not being able to become fathers to such an extent that they begin to annoy their wives, they start saying that they do not have sperm and so they should separate. Or find another partner. I have seen many times women in this situation, supporting their husbands, giving them hope.

To avoid such a situation, it is necessary that the ability to listen to men and their problems should be increased in our society so that the problem does not increase. If a man thinks that I can’t talk about it, it is a matter of great embarrassment, then it will only increase the problem. That’s why you should share it with your partner, talk to him about it, which can make things much better.

Graber said that men should just think of it as a disease in the body. It should not dominate itself nor should it be seen as a link to masculinity. The identity of a man is not his sperm count, nor should his personality be judged by his ability to bear children.

Previous Sushmita Sen’s brother-in-law’s relationship is falling apart again, Charu-Rajeev unfollowed each other – Charu Asopa Rajeev Sen unfollow each other on social media Sushmita Sen tv actress tmovb
Next Google Pixel sale starts, both the smartphones are out of stock, the phone is not available in India on Flipkart