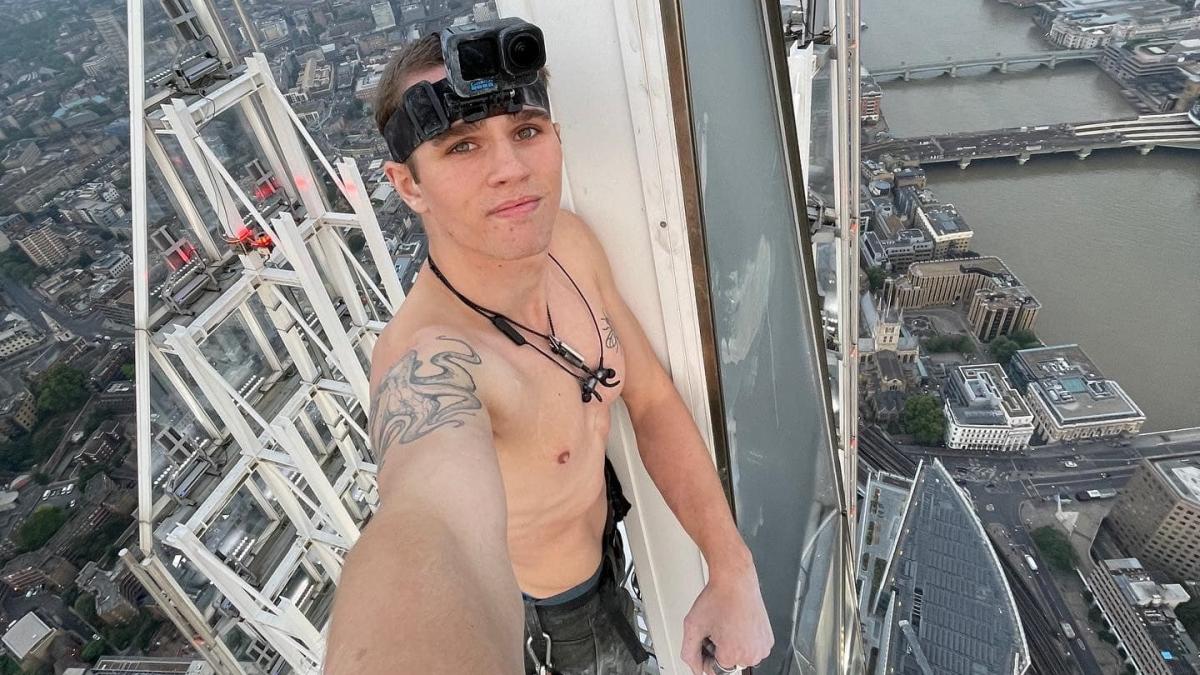 A youth was arrested for climbing the 72-storey (1016 ft) high building ‘The Shard’ without any safety device. This incident is from London. 21-year-old Adam Lockwood climbed barefoot on the building and clicked a selfie.

Karfi told that he had come to celebrate his partner’s birthday. He was lying on the bed, during which he saw a young man in front.

Lockwood has climbed many tall buildings in the past. The Shard is one of the tallest buildings in Britain. The building houses hotels, flats and offices.

At the same time, after climbing the building, Adam also clicked a selfie, he shared it on his Facebook account. But as soon as he came down from the building, he was arrested.

The building in which Adam Lockwood did this feat is located near London Bridge Station. Due to this the area had to be closed for railway passengers as well. At the same time, the surrounding area was also evacuated.

Police said that 21-year-old Lockwood was arrested. At the same time, two others were detained for causing public unrest.

A police spokesman said that the London Fire Brigade and London Ambulance Service were also called to the spot.

Earlier, Lockwood had climbed a 1280 feet high crane in Dubai, so that the view of Dubai could be seen from there. At the same time, he also climbed the 262 feet high San Siro Stadium in Milan.

Once he had reached the 1115 feet high power station in Croatia, where he also installed pull ups on the beam. Adam Lockwood told in an interview that he likes to see things from a height. They love challenges, doing so keeps them alive.