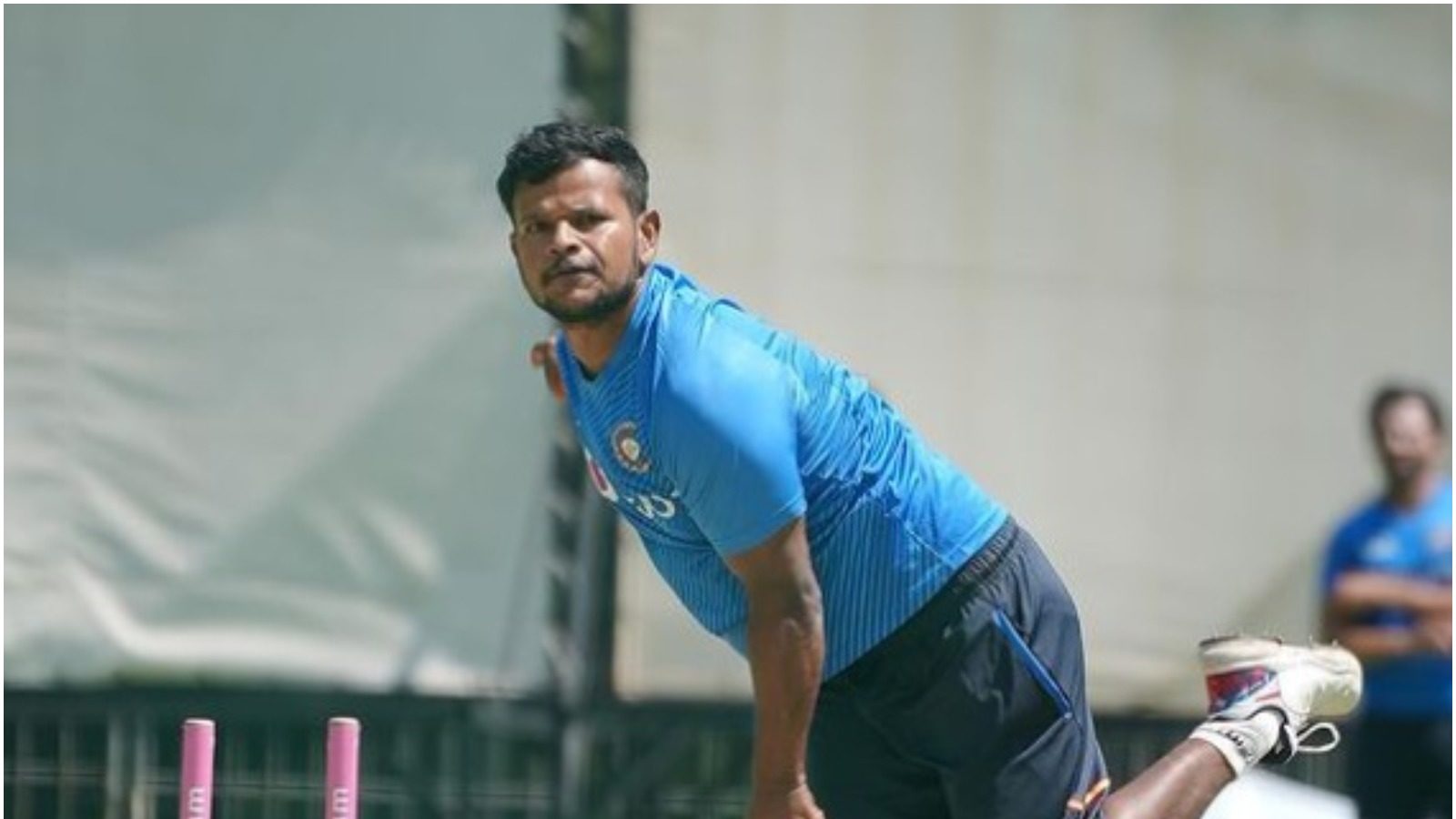 new Delhi. The BCCI on Saturday announced an 18-member Indian team for the 2-Test home series against Sri Lanka (IND vs SL Test Series). Rohit Sharma will now be the captain of Team India in Tests after ODIs and T20s. The selectors have given place to Saurabh Kumar in the Test team for the first time. Saurabh was constantly knocking on the door of Team India. He was included as a standby player in the Test team that recently toured South Africa. Earlier, he was selected as a net bowler for the 2 matches of the home Test series between India and England in February last year. Then he was given this opportunity only because of his excellent bowling in domestic cricket.

Saurabh Kumar plays domestic cricket for Uttar Pradesh. Apart from bowling spin with the left hand, he can also bat well. He has traveled from net bowler to Team India. Saurabh is originally from Baghpat in Uttar Pradesh. His family lives in Meerut. Saurabh’s father used to work in All India Radio, who is now retired. The biggest hand behind his becoming a cricketer is his father. From the very beginning, he wanted Saurabh to become a cricketer.

Saurabh used to go from Baghpat to Delhi for training every day.

For this both Saurabh and his father fought a long time. He used to go to Delhi by train every day from Baghpat to practice. During this, he only used to thank that no one should pull the chain of the train on the way. Because it took them two and a half hours to reach Delhi. In such a situation, due to chain pulling, his journey used to get longer and because of this he used to reach late for training. He used to go to Delhi for training 3 days a week.

Saurabh told The Indian Express, “It used to take us two and a half hours to reach Delhi. Three times a week, I used to go to Sunita Sharma’s academy for training. My father used to work overtime to make sure that he comes to Delhi with me.”

He was once noticed by Bishan Singh Bedi, a legendary left-arm spinner. He was very impressed with Saurabh’s bowling and then started training this bowler himself. Saurabh as a bowler improved a lot as soon as Bishan Singh Bedi got along and his cricket journey started from here. He played for Uttar Pradesh in junior cricket. But getting into the Ranji Trophy team was tough. Because there was no place for a left-arm spin all-rounder in the team. Therefore, he played the domestic season of 2014-15 for Services before coming back to his home state Uttar Pradesh.

INDvsSL: No entry for Pujara-Rahane and Ishant in Rohit Sharma’s Test squad! Know which new faces got their place

He took 10 wickets in his debut match for Uttar Pradesh against Gujarat in 2015-16. Since then he has not looked back. He also bats well. The proof of this is his batting statistics in first class cricket. He has scored two centuries and 8 half-centuries. Saurabh Kumar took a total of 44 wickets at an average of 21.09 in the 2019-20 Ranji season.

Earlier, in 2018-19, he was successful in taking 51 wickets. Out of this, 19 wickets were taken in the Duleep Trophy. After this, he got a place in the India-A team that went to South Africa last year and then he also joined Team India as a stand-by player for the Test series.

Saurabh has so far taken 196 wickets along with scoring 1572 runs in 46 first class matches. During this, he has taken five wickets in an innings 16 times and 10 or more wickets in a match 6 times.

Saurabh is a traditional spin bowler

He is a traditional spin bowler and tries to trouble the batsmen through flight, dip and turn. He also emphasized the same thing in a conversation with the Indian Express. He said that I do not bowl this ‘Carrom-Vairam’ ball. I never liked it. I fly the ball in the air to trap the batsman in my net.

Now it has to be seen whether Saurabh gets a chance in the Test series against Sri Lanka among spin bowlers like Ravindra Jadeja, Kuldeep Yadav and R Ashwin.