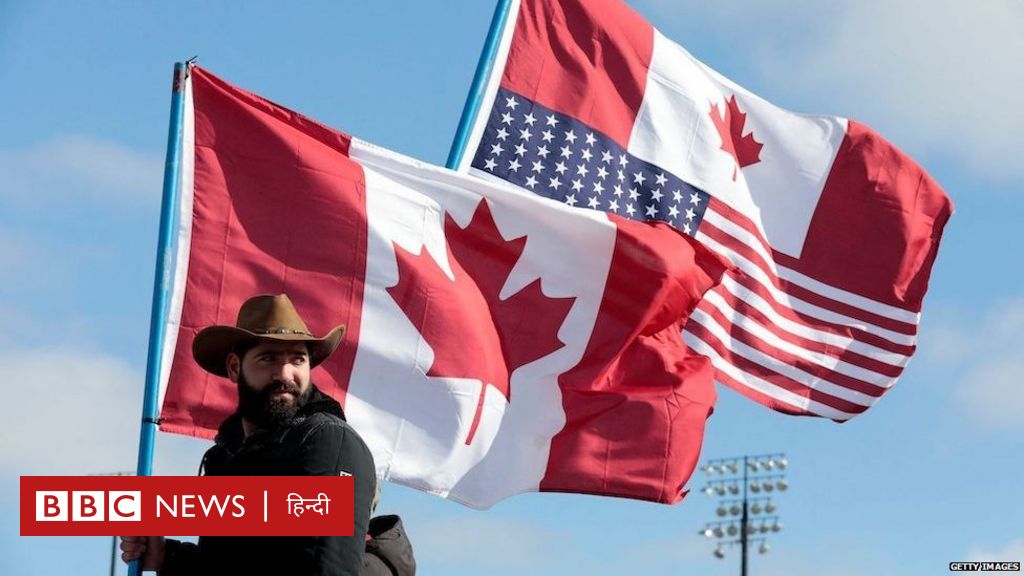 Truck drivers in the Canadian capital Ottawa have been struggling for the past two weeks. Efforts to negotiate with the Justin Trudeau government have not been successful. The Ottawa administration has declared a state of emergency in the city, but the truckers are not ready to back down.

Talwinder Mond is associated with the business of trucks in Brampton. He told BBC Punjabi that “The Justin Trudeau government made it mandatory for truckers traveling across the international border to get the corona vaccine a few weeks ago. If a person has not vaccinated, then he will have to be quarantined at home for 14 days.

According to Mand, a large number of truckers are opposing this mandatory condition. Truckers believe that the vaccine is not very effective. They say that when truckers cross the US-Canada border, they are harassed by security agencies. This is the root cause of this conflict.

Truckers argue that when the pandemic was at its peak, trucking was included in essential services and there were no restrictions. Now that the pandemic is about to end, vaccination has been made mandatory.

The struggle is mainly of truck drivers from the states of Alberta and Saskatchewan who are opposing making the corona vaccine mandatory.

Shamil says, “These people have reached here with their families. Police sources say that 25 per cent of the children have been brought along by trucks.

“Azad Kafla” is also similar to the ‘Delhi March’ of Punjabi and Haryanvi farmers.

Shamil says that it is surprising that the Justin Trudeau government is making the same allegations against the strugglers as the Modi government was leveling against the farmers.

“Truck drivers protesting because of one or two Nazi symbols or some people’s riots are being portrayed as extremists and traitors.”

“Prime Minister Trudeau has not shown seriousness in resolving the issue through talks with him,” he said. So the scope of the struggle is increasing.”

Which driver is most affected

Ranjit Singh Khalsa, leader of Baba Banda Singh Bahadur Sikh Society, links this struggle with human rights. He says Canada is committed to protecting human rights and that the Trudeau government should resolve the issue as soon as possible.

Khalsa says, “Truckers have a tough life, they are already under stress and the government is putting more pressure on them. If someone doesn’t want to get vaccinated, don’t. It should be left to them.”

British Columbia-based Punjabi truck driver Vasudev Saini is a frequent freighter between Canada and the US.

Talking to BBC Punjabi, he said that this issue is mostly related to truck drivers crossing the US-Canada border. Drivers driving trucks in Canada have no problem.

He says that “When vaccination started during the Corona epidemic, the Punjabi community was at the fore. Regular vaccination camps were organized in many Sikh institutions and Gurudwaras.

Therefore, when most of the people from the Punjabi community or the Indian community have already been vaccinated, they are not joining the anti-vaccine struggle.

Navjot Sidhu lives in Brampton and along with studies drives a truck.

Navjot says, “According to official figures, 90 percent of the people in Canada have been vaccinated against Corona. So they are not directly involved in the struggle.”

Talwinder Mand cites their economic condition as one of the main reasons for the low participation of the Punjabi community in this struggle.

“Our community has a special interest in earning more and more money,” he says. The installments and expenses of their home and car loan/insurance depend on their salary. That’s why they are not joining the struggle by parking the truck. Punjabi drivers are constantly driving trucks on alternate routes to the jammed roads. But people want an immediate solution to this problem because it is hurting them financially.”

Shamil says, “As the issue is being taken up by Canada’s Trudeau government, the range of struggle is widening and the sympathy of Punjabis is also increasing.”

According to Shamil, this weekend the truckers are going to protest in Toronto too. People want the Justin Trudeau government to resolve this issue as soon as possible because the truck drivers’ strike is affecting people’s work.

The drop in truck traffic has raised the prices of fruits, vegetables, groceries and other items, sparking widespread unrest. Especially the work of car companies between America and Canada has been badly affected.

Truckers are now getting the support of other classes as well. Those who were troubled by the restrictions of Corona, now they have started getting a platform to express their anger against the government.

BBC Punjabi spoke to several other Punjabi truck drivers in Canada. He refused to appear.

He said that he is not directly involved in the movement due to personal compulsions, but he is not against the people who are struggling. They want the demands of the truckers to be fulfilled and the agitation to end soon.