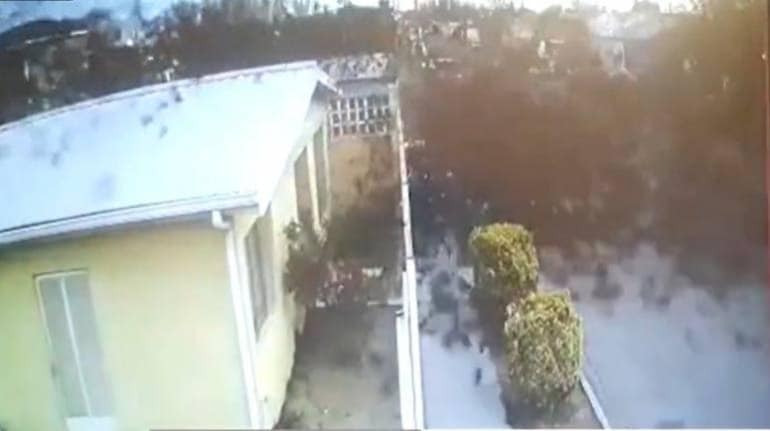 For the past few days, a very shocking video is going viral on social media, in which a huge flock of birds flying from the sky falls straight to the earth. In this video being shared on social media, hundreds of blackbirds are seen falling very fast on houses in Chihuahua, northern Mexico.

Dr. Richard Broughton, an ecologist at the UK Center for Ecology and Hydrology, told The Guardian: “It appears that a predator like a bird of prey or a hawk was chasing the flock and while escaping, they collided with the stars and They have crashed. You can see that they look like a wave in the beginning, as if they are being swayed from above.”

Dr. Alexander Lees, a conservation biology professor at Manchester Metropolitan University, reiterated Broughton’s view. “While I don’t see a toxicology issue, I’d still say the most likely reason is that the herd hit the ground while escaping from a predatory raptor,” he told the newspaper.

He adds, “There always seems to be a knee-jerk reaction to blame environmental pollutants, but conflicts with infrastructure are very common. In such a large flock, any bird actually follows the movements of the bird in front, So it should come as no surprise that such incidents do happen occasionally.”