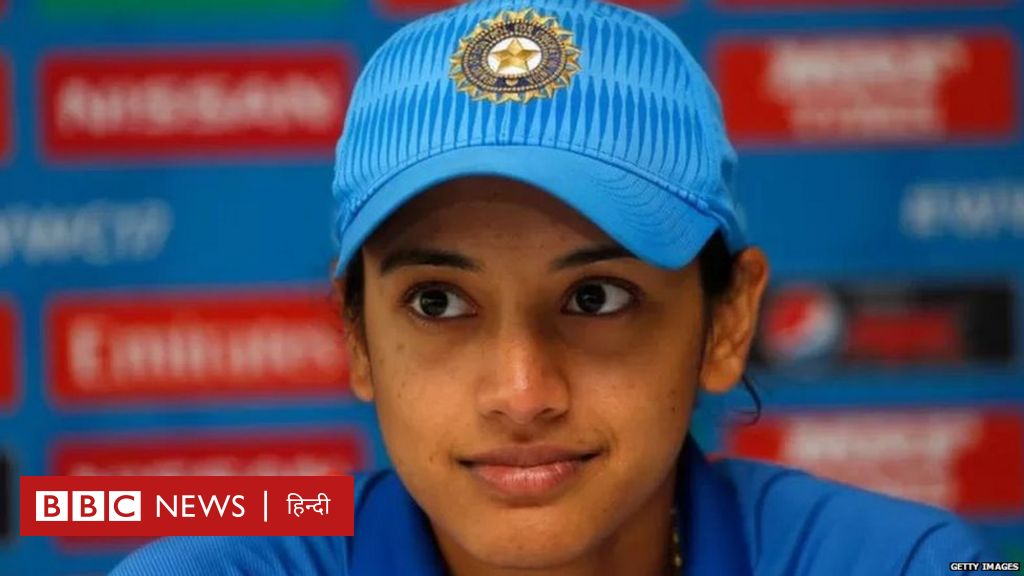 Why is Smriti Mandhana a big hope for Indian women’s cricket?

Smriti Mandhana, who has become the pillar of the Indian women’s cricket team, played her 100th T20 International against Thailand in the Asia Cup.

She is only the second Indian woman cricketer to reach this milestone. Harmanpreet Kaur has played 135 T20 matches for India.

But the 100th T20 match proved to be memorable for Smriti Mandhana, one she was captaining the team and under her captaincy, the team won the match by nine wickets, reducing Thailand to just 37 runs.

Smriti Mandhana has been playing a great role for the Indian team continuously for the last two years. In 100 T20 matches, he has scored 2373 runs with the help of 17 half-centuries at a strike rate of over 122. At present, he is the number two batsman in the world in T20 cricket.

Whereas in 77 ODIs, he has scored 3037 runs with the help of five centuries and 25 half-centuries. One century and two half-centuries have also accumulated in five Test matches.

As a left-handed opener, whether it is to give a good start to the team or get rid of sixes of the opposition bowling attack, Smriti has been doing it all well.

The 27-year-old Smriti has achieved more than one position for the Indian women’s cricket team in the last five years. In the year 2019 itself, she became the top batsman in the ICC ODI rankings, then in the same year she made it to the Forbes India’s 30 under-30 list three years ago.

Female Cricketer of the Year Award

In 2018, Smriti was also included in the ODI and T20 team selected by the ICC. In the year 2022, she has received the ICC Women’s Cricketer of the Year Award.

She has come to be known as the run machine of the Indian women’s team. In this successful journey of Smriti Mandhana, her brother’s contribution has been very important.

Brother-sister relationship is always special. Using each other’s stuff, sharing things, and more. Such is the story of brother-sister Smriti and Shravan.

Actually, Smriti learned the game of cricket by watching her brother Shravan play. Seeing the brother playing, he felt that he should do what the brother is doing.

His mother made her son’s dress of daughter’s size and Smriti Mandhana held the bat in this dress.

When her brother used to practice, she used to bat. Brother’s job was to bowl in the nets. This passion, which started from Mumbai, continued even after the Mandhana family settled in Sangli.

In fact, Smriti Mandhana’s father and brother Shravan Mandhana have been a part of the district level cricket team for Sangli.

He took Smriti to the Under-19 tournament in Meerut to give her a glimpse of high-class cricket. The parents hoped that she might give up playing cricket because of the risks and risks to the older girls.

But the exact opposite happened. His passion for cricket increased further. Along with her studies, she set out on the journey of becoming a professional cricketer.

At the age of 11, he was selected in the Maharashtra Under-19 team. But had to wait a long two years to play in the playing XI.

He had only two options for life, a career in science or cricket. Smriti chose cricket and the Indian women’s cricket team got a star.

For this, Smriti practiced on concrete pitches in Sangli under the guidance of Anant Tambawekar, while contemporary players in big cities were practicing on good grounds with better facilities.

During this, the family had to hear a lot from relatives, but Smriti’s mother told the daughter to ‘keep your focus on the game.’

Smriti’s first major breakthrough came in 2013 when she scored an unbeaten 224 off just 150 balls against Gujarat in the Under-19 Cricket Tournament.

In 2009, Smriti played a marathon innings of 224 runs against Gujarat in the Women’s Inter-State Under-19 Cricket Tournament in Baroda.

His innings also had a connection with Rahul Dravid. In fact, before this match, when Smriti’s brother got a chance to meet Rahul Dravid, he asked for a bat from Dravid.

Dravid took out a bat from his kit and gave it to him, then the brother got his sister autographed on the bat. Smriti scored a double century against Gujarat in Under-19 with this bat.

Smriti continued to play with this bat for the next several years and kept on collecting runs in a bang style. This bat, which has been repaired four times, is now a part of the meeting of Smriti’s house.

With this innings, the name of Smriti shone in the cricket world. With similar batting in the other two tournaments, Smriti made it to the team for the Challenger Trophy tournament.

In 2016, he scored three half-centuries in three matches of the Challenger Trophy. He helped the team to become the champion by scoring 82 runs in 62 balls in the final match.

To participate in this competition, Smriti had to leave the 12th examination.

Smriti had to stay away from studies for a whole year as she had to go on a tour of England after the World Cup. After the success of the England tour, Smriti’s feet were frozen on the cricket field.

Showed strength in the 2017 World Cup

Two years later, during the tour of Australia, Smriti scored a century in Hobart. Before the 2017 World Cup, Smriti was out of cricket for five months due to a knee injury. There was doubt about whether she would be able to play the World Cup or not.

But under the guidance of Physio, he worked hard to make a comeback. But still she could not play in the World Cup Qualifier and Chowringhee Series.

In a big tournament like the World Cup, Smriti showed the courage to play against a strong team. Smriti had played a brilliant innings of 90 runs against the hosts England in the very first match.

Five days later, Smriti played a brilliant innings of 106 against a fine West Indies attack. The Indian team reached the final, but could not win the title. With her performance in this tournament, Smriti firmly established herself in international cricket.

After returning to India, the performance of the Indian women’s team, including Smriti, was highly praised. During this tournament, the excitement of watching women’s cricket matches on TV was seen.

In 2018, Smriti proved herself by scoring half-century and century in South Africa tour.

Smriti established herself in the Test and ODI teams by playing continuously and gradually became an integral part of the T20 team. When she had a good understanding of cricket, Smriti wanted to play like Matthew Hayden of Australia.

But going ahead she was influenced by Kumar Sangakkara of Sri Lanka. Perhaps that is why Sangakkara’s fine blend of aggression and subtlety can be felt in Smriti’s batting.

Smriti got an opportunity to meet Sangakkara on an international tour. Smriti also shared a photo with Sangakkara on Twitter. The specialty of memory games is to play with the left hand.

With the ease with which she can hit wides, she can steal singles and doubles with the same skill.

In fact, due to the retirement of senior players like Mithali Raj and Jhulan Goswami, the team is not feeling the same lack in Team India because Harmanpreet and Smriti Mandhana have prepared themselves for that challenge for the last five years.

Smriti Mandhana has not broken her relationship with Sangli even after traveling abroad while being a part of the Indian cricket team for nearly nine years.

She is very fond of Sangli’s famous Sambha Bhel. She also likes Paneer Garlic Bread and Vada Pav a lot, but she has to abstain from food as she wants to play international cricket for a long time.