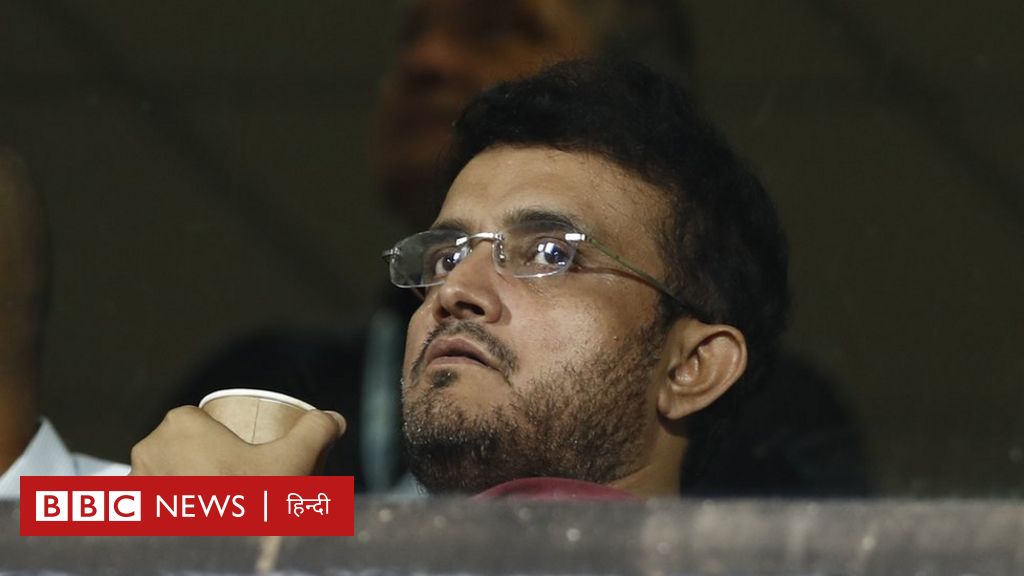 Why is Sourav Ganguly, the ‘Shah’ of BCCI, getting defeated now?

This is the result of all karma.

This is the achievement of all the tweets and memes that are being made after the reports of Sourav Ganguly’s departure from BCCI.

On social media, this entire episode is being linked to the departure of Virat Kohli’s ODI captaincy. It is being said that Ganguly has got the fruits of his own deeds.

But do you think this story is so straight, simple and flat.

Politics has been at the center of this story since the beginning of Sourav Ganguly as the BCCI President.

And now that the news of his departure from BCCI is coming, the political rhetoric has started once again.

From Congress to TMC, the BJP has started besieging the matter.

TMC MP Shantanu Sen tweeted and wrote, “This is an example of vendetta politics. Amit Shah’s son Jay Shah can be retained as Secretary, but Sourav Ganguly cannot. Is it because he is Mamta Banerjee’s.” Come from the state. Or was this done because of not joining the BJP?

In a conversation with The Indian Express, Adhir Ranjan Chowdhury has said – BJP is bringing down Sourav Ganguly just to project Jay Shah. Because of his stature and personality, Jai Shah’s shine had faded. That’s why they are being evicted like this. Ganguly is not only Bengal but this country’s pride.”

CPM leader Sujan Chakraborty has also told The Indian Express that Sourav Ganguly was a natural contender for the post.

He has said, “He is the former Indian captain and he has led the Indian cricket team. Now Jay Shah will continue to be the secretary, but Sourav has been thrown out. This is not acceptable. TMC in Bengal and BJP in the country have always Tried to interfere in sports related institutions.

On behalf of BJP, Dilip Ghosh has responded to these allegations and said that the people of TMC only do politics in everything.

He said, “Bengal was once at the forefront of the game. Where is Bengal today in sports? In football or cricket?…where is it…where we have got a player like Sourav. Where is that Bengal cricket today. Bengal’s How many cricketers are there in the national team. How many footballers are there in the national team. What is the condition of Bengal football. Leave aside other sports. Mamta Banerjee’s family members are sitting everywhere as Chaudharys.

What did Ganguly say?

Sourav Ganguly’s statement has also come amid reports of his departure from the post of BCCI President next week.

In a program, Sourav Ganguly has said that a person can neither play forever nor can always handle the work of administration.

Ganguly said, “I was the President of Cricket Association of Bengal for five years. He was also the President of BCCI for many years. After all these tenures you have to leave it and move on.

He said, “As an administrator, you have to do a lot of work and make things better for the team. I have understood it after playing for a long time.

However, Sourav Ganguly has described the role of a cricketer as tougher than that of an administrator.

Going beyond political accusations and viral memes, there is an interesting character in this story that has raised questions about Ganguly’s performance recently.

This person is the owner of Chennai Super Kings, N Srinivasan.

The stature of N Srinivasan in Indian cricket at this time used to be that of Jagmohan Dalmiya and Sharad Pawar.

Srinivasan was the President of the BCCI until the Supreme Court’s intervention in the affairs of the BCCI. Not only this, from the IPL to the ICC, his dominance was maintained.

But in 2013, he had to resign from the post of president after his son-in-law was implicated in the spot-fixing scandal.

However, this did not reduce his clout in Indian cricket.

If we look at the history of BCCI, it is known that the world’s richest cricket board BCCI has often been dominated by strong politicians and businessmen.

Senior sports journalist Pradeep Magazine confirms this and tells the BBC, “The BCCI has always been dominated by politics. Initially, bureaucrats and businessmen dominated. And for the last 20-25 years, politicians have dominated. And the ruling party has dominated. The dominance remains high. Till now the big leaders of the ruling party and the opposition used to run the BCCI. But after coming to power, the BJP has completely tightened its grip on the BCCI.

Rajiv Shukla is filing nomination for the post of Vice President.

At the same time, Roger Binny, a member of the 1983 World Cup winning team, has filed his nomination for the post of BCCI President. 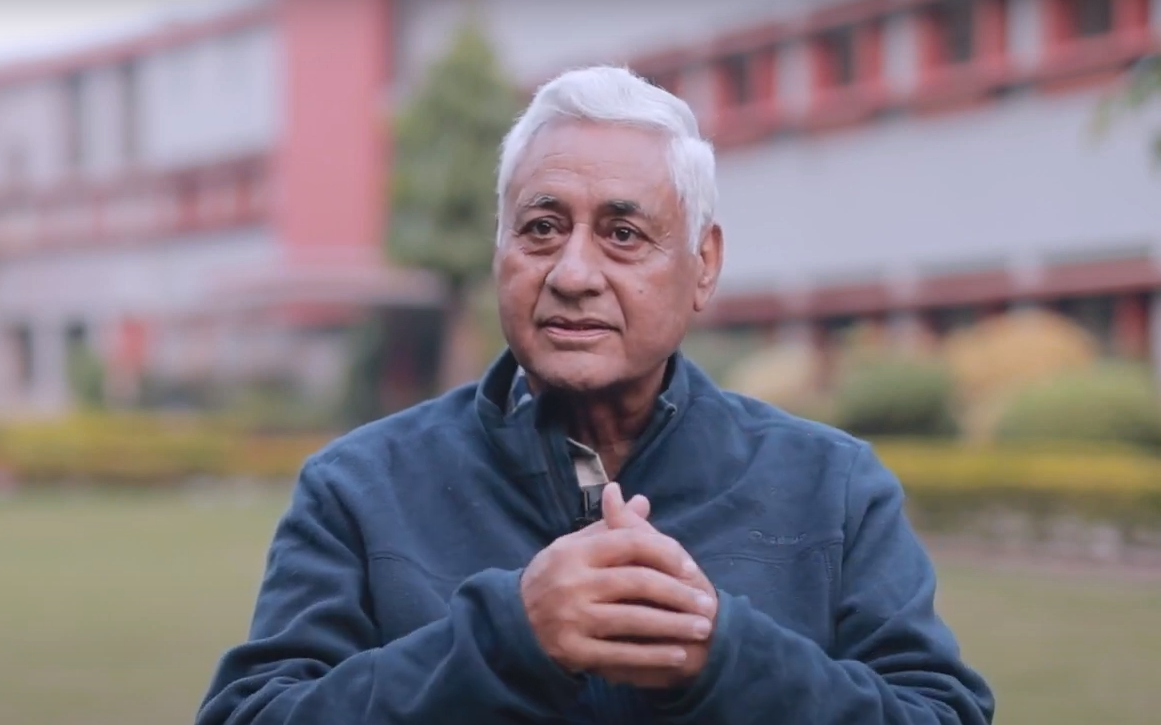 It is not a question of performance being good or bad. Because if this had happened, Sourav’s secretary Jay Shah should have also stepped down.

Roger Binny’s nomination for the post of President is the most interesting aspect of the story as he hails from a region dominated by N Srinivasan.

And Binny had filed nomination for the post of President of Karnataka Cricket Association before the post of BCCI President. This was seen as an alarm bell for Sourav Ganguly.

Pradeep Magazine says, “There is no point in whether the performance is good or bad. On this basis, the secretary should also go. The president takes a decision only a little. Amit Shah has played a special role in the important decisions of the board. So this is something to say. I am not saying that his performance has been good. But it has to be said. He (N Srinivasan) wanted his man, not last time, this time it has come. Ganguly was not at least a yes man. Roger Binny must have been a good player. But he will be the yes man of that group.”

After this there were speculations that Sourav Ganguly might join BJP and contest against Mamta Banerjee.

But it was a speculation in the end and Ganguly did not decide to go with anyone in the BJP and TMC.

Was Ganguly a victim of politics?

The most important question of this story is whether Sourav Ganguly has become a victim of BCCI politics.

Pradeep Magazine tells, “It is very easy to understand this development. Sourav Ganguly became the president with the support of Amit Shah camp. Now he does not have that support. The reason for this is also clear. Sourav Ganguly is not a yes man. More His relations with Amit Shah and Jay Shah have not been good for the last two years. Differences were evident on many decisions. Kohli’s episode is an example.”

“It is not correct to talk about becoming a victim of BCCI politics. Because he himself became the chairman of the board because of politics and now he is going out because of the same politics. It is like chess, at that time you played Gave it and today you have got the victory.”

Previous Fifth beta of watchOS 9.1 released by Apple for developer
Next Pushpa Actor Allu Arjun Indian of the Year 2022 emotional speech pushpa jhukega nahi dialogue new twist | India will never bow down… Allu Arjun gets emotional after receiving this award for the first time in 20 years