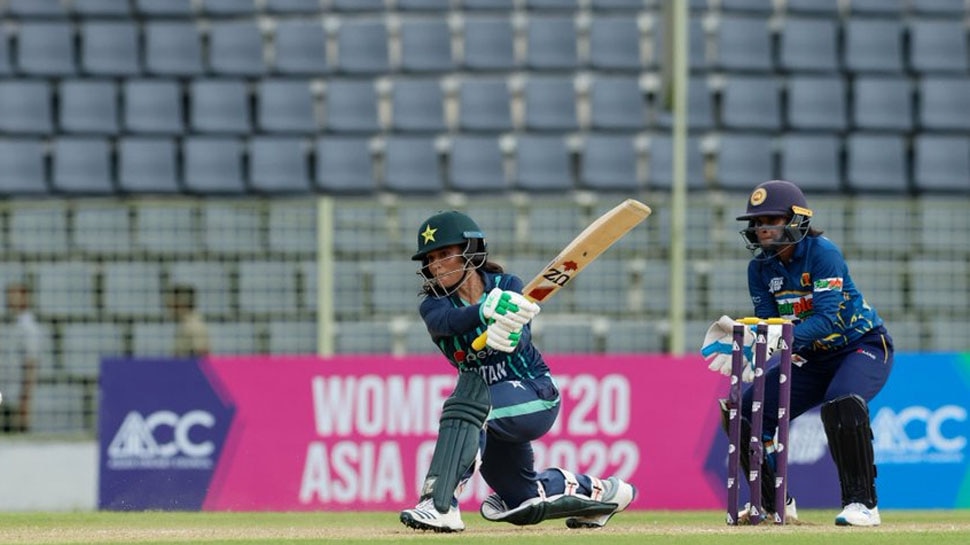 Women’s Asia Cup-2022 Semfinal: Sri Lankan women’s team has made it to the final of the Asia Cup. The team defeated Pakistan by just one run in the very exciting semi-final match played in Sylhet on Thursday. The result of this match came out on the last ball. Sri Lanka had given a target of 123 runs to Pakistan but the team led by Bismah Maroof could only manage 121 runs for six wickets.

Pakistan’s captain Bismah Maroof worked hard to achieve the target. He scored 42 runs in 41 balls with the help of four fours. She was the top scorer of the match but Sri Lanka won the match. Apart from Bismah, Nida Dar kept hopes up till the end. She scored 26 runs off 26 balls with the help of a four and she was run out on the last ball.

9 runs needed in the last over

Pakistan needed 9 runs to win in the last over. Nida Dar and Alia Riaz were present at the crease. Nida took a single on the first ball of the over and then on the next ball also, Alia got a single from the bye. Nida scored three runs in the next two balls. Aaliya took a single from the bye on the fifth ball as well, due to which Nida got the strike on the last ball. Three runs were needed off the last ball and Nida was run out. He was run out by Kavisha and Sanjeevani. Although she was able to complete one run.

Ranveer became player of the match

Madhavi scored the most runs for Sri Lanka. He contributed 35 runs off 41 balls with the help of a four. At the same time, wicketkeeper Anushka Sanjeevana scored 26 runs. Nashra Sandhu took three wickets for Pakistan. Player of the match was Sri Lanka’s Inoka Ranvira, who took two wickets for just 17 runs.

Final between India and Sri Lanka