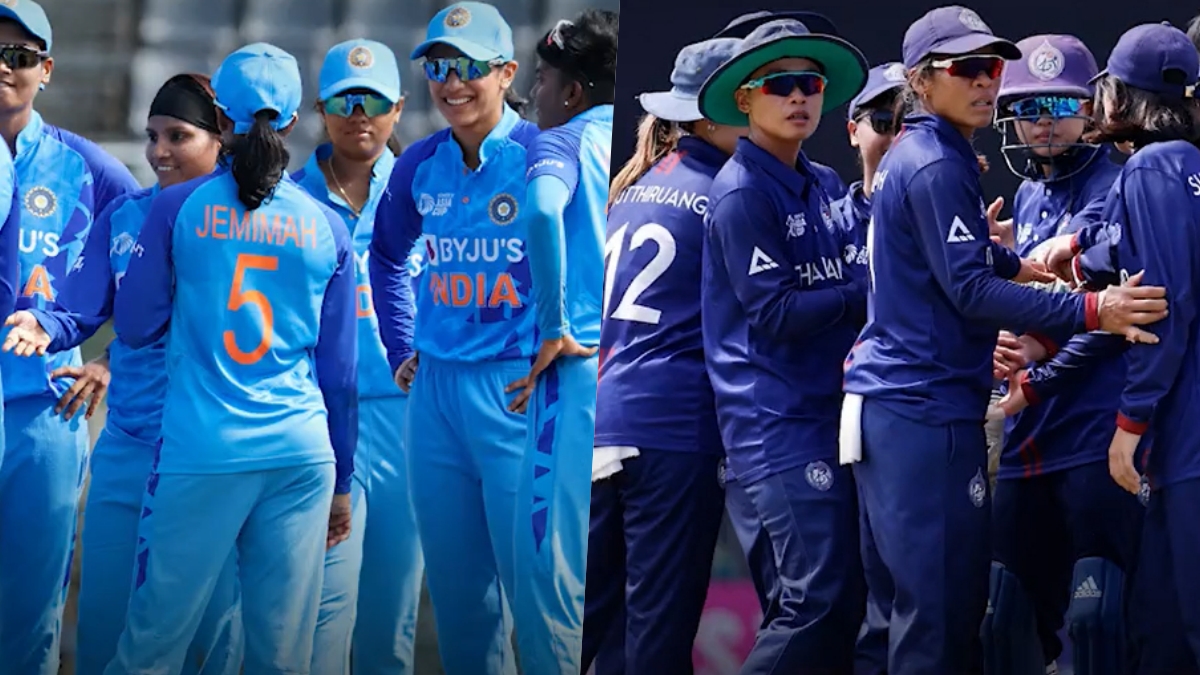 Women’s Asia Cup 2022: The journey of the Indian cricket team in the Women’s Asia Cup 2022 being played in Sylhet, Bangladesh has been smooth so far. On Thursday, Team India will now take on the weak team of Thailand in the semi-finals. The eyes of the team will be on registering another emphatic win here and making it to the finals. If we talk about the league round, then the last match between these two teams was one-sided in which India defeated Thailand for just 37 runs in 15.1 overs and then registered an easy victory in this match.

Will Team India survive the experiment in the semi-finals?

Thailand team would like to do better in batting than the previous match against India. The team has made it to the semi-finals of the Asia Cup for the first time in this tournament, beating host and defending champion Bangladesh. The Narumol Chaiwai-led side will be hoping to prove that qualifying for the tournament is not an easy one. On the other hand, India has got a great opportunity to test their bench strength through this tournament and through this competition the less experienced players of the team have got time to play enough matches before next year’s T20 World Cup in South Africa.

Under this strategy, Indian captain Harmanpreet Kaur played only three out of six league matches and came out to bat at number seven during India’s only defeat against Pakistan. In search of a player to play the role of the finisher, India tried aggressive batsmen Kiran Prabhu Navgire and D. Hemlata. Kiran, who scored the fastest half-century in the Women’s T20 Challenge in May, managed just 10 runs in three innings while the more experienced Hemlata also has 45 runs in her four innings. Now it remains to be seen whether India continues to experiment or whether they field their strongest team to prepare for the final.

The spin trio of Deepti Sharma, Sneh Rana and Rajeshwari Gaikwad has been able to curb the opposition batsmen throughout the tournament. Thailand’s team will depend on their top three players Nanapat Koncharoenkei, Nathakan Chantham and captain Chaiwai to challenge India. All three have scored a lot of runs for the team in the tournament but their path will not be easy in front of India’s disciplined bowling. The most positive aspect for India has been Jemima Rodriguez’s form. Jemima, playing the responsibility in the middle order, has scored the highest 188 runs with the help of two half-centuries. Opener Shafali Verma, who failed in the first two matches, has also made a strong comeback.

Let us tell you that the second semi-final will also be played between Pakistan and Sri Lanka on Thursday itself. Sri Lanka’s team finished third in the league round of this tournament winning 4 out of 6 matches. India occupied the first position by winning 5 out of 6, while Pakistan also stood second after winning the same number of matches. Now in the semi-final match, if India wins its match against Thailand and Pakistan wins its match against Sri Lanka, then we can expect an India-Pakistan match in the final on October 15.

Both the teams are as follows:-