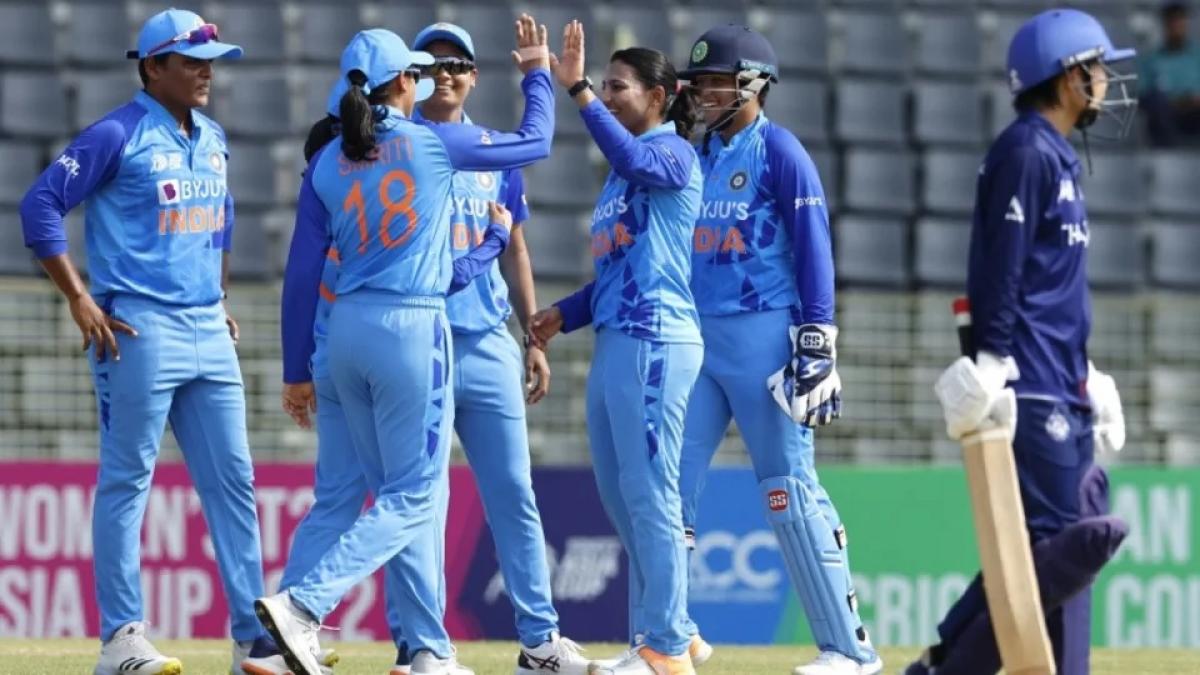 Team India’s strong performance continues in the Women’s Asia Cup. In the match against Thailand on Monday, it was amazing. Team India, bowling first, bowled out Thailand for just 37 and later won the match by finishing the match within 6 overs.

In this match, India won the toss and decided to bowl first which proved to be historic. Team India got the first success in the third over and after that the process of falling wickets of Thailand started. From Thailand’s side, only opener Nanapat Koncharokai could touch the double figure, except for him, all the batsmen could score less than 10 runs.

Sneh Rana bags the Player of the Match Award for her impressive three-wicket haul against Thailand as #TeamIndia register a clinical 9-wicket victory.

Chasing only 38 runs, Team India won within 6 overs. During this, one wicket of India also fell. Meghna and Shefali Verma opened for Team India. Meghna scored 20 runs in 18 balls and remained unbeaten. Shefali Verma was dismissed after scoring just 8 runs, while Pooja Vastrakar scored 12 not out.

Previous Portronics Launches Two New Soundbars With Upto 120w Sound Output
Next Being a Muslim, the family used to stop ‘Shakira of Haryana’ from dancing, people used to taunt, then made an identity like this – Bigg Boss 16 Gori Nagori struggles reveals her family were against of dancing tmovf