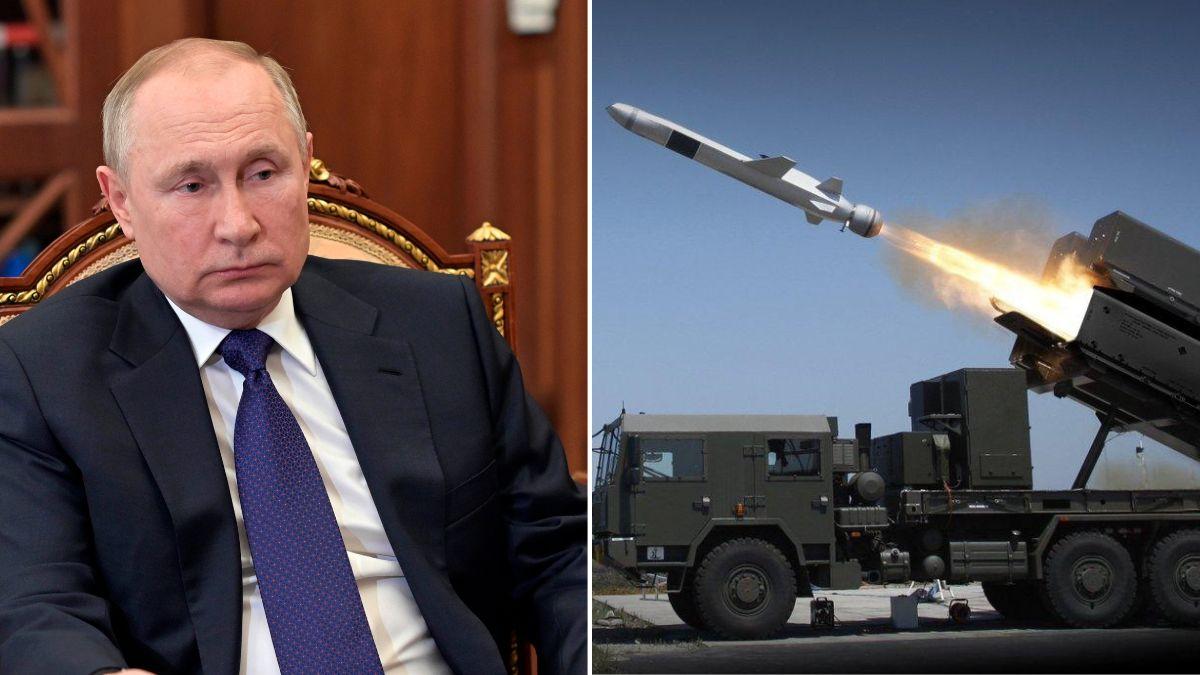 The conflict is increasing due to the establishment of peace between Russia and Ukraine. The war which started on 24 February is continuing till now. Recently, after the attack on Crimea Bridge, the situation has started deteriorating once again. According to media reports, Russian President Vladimir Putin has deployed 11 nuclear bombers just 20 miles from the NATO border.

According to media reports, the report released by American satellite operator Planet Labs said that the deployment of Russian TU-160 and TU-95 strategic nuclear bombers has increased less than 20 miles from the Norwegian border. It is being told that these 11 nuclear bombers are capable of carrying nuclear weapons.

According to the report, these pictures were taken on 7 October. Satellite images show 7 Tu-160 bombers and 4 Tu-95 aircraft at the Russian airbase Olenya on the Kolsky Peninsula. Whereas 2 days later in a photo one of the Tu-160 bombers is seen ready to take off on the runway.

The Tu-160 jet is the largest and heaviest warplane ever built. Which is capable of flying non-stop for 7,500 miles. These bombers can carry 12 short-range nuclear missiles. Russia’s Air Force also has some of the largest aircraft, capable of carrying cruise missiles and massive nuclear warheads.

Putin may bomb the border

Defense sources believe that Putin may bomb the border to send a big message to the West. Because after the explosion of the Crimea bridge, Putin has warned many times that he will give a befitting reply to Kyiv for this terror act. Putin also recently said that the attack by Russia was a reaction after the blast on the Crimea Bridge.

More than 100 attacks on Ukrainian cities

Not only this, after the attack on the Crimea Bridge, Russia has threatened World War III. Russia has rained more than 100 missiles on Ukrainian cities. Ukraine is trying to join NATO amid Russian attacks. In such a situation, Russia has reacted strongly to Ukraine’s joining NATO.

Russian Security Council deputy secretary Alexander Venediktov said Ukraine knew that if it joined NATO, it would turn the war into a third world war. Alexander Venediktov, who is said to be close to Putin, said that NATO members themselves understand the consequences of taking such a step.

‘It is not Russia’s aim to destroy Ukraine’

According to the agency’s report, a press conference was held recently in the Kazakh capital Astana. Russian President Vladimir Putin also attended it. During this, he was asked whether he had any regrets about the war, on which he said – no. However, Putin also said that destroying Ukraine was not Russia’s aim. However, he said in the press conference that there is no need to attack Ukraine at the moment.

Zelensky calls for expediting the process of becoming a NATO member

On 30 September, Ukraine’s President Zelensky called for speeding up the process of becoming a NATO member. In fact, Russia has illegally occupied 18 percent of Ukraine, so Ukrainian President Zelensky said that Ukraine should be made a member of NATO as soon as possible. At the same time, Russian President Vladimir Putin has warned of the use of nuclear weapons several times. Along with this, he also said that these threats should not be taken lightly.