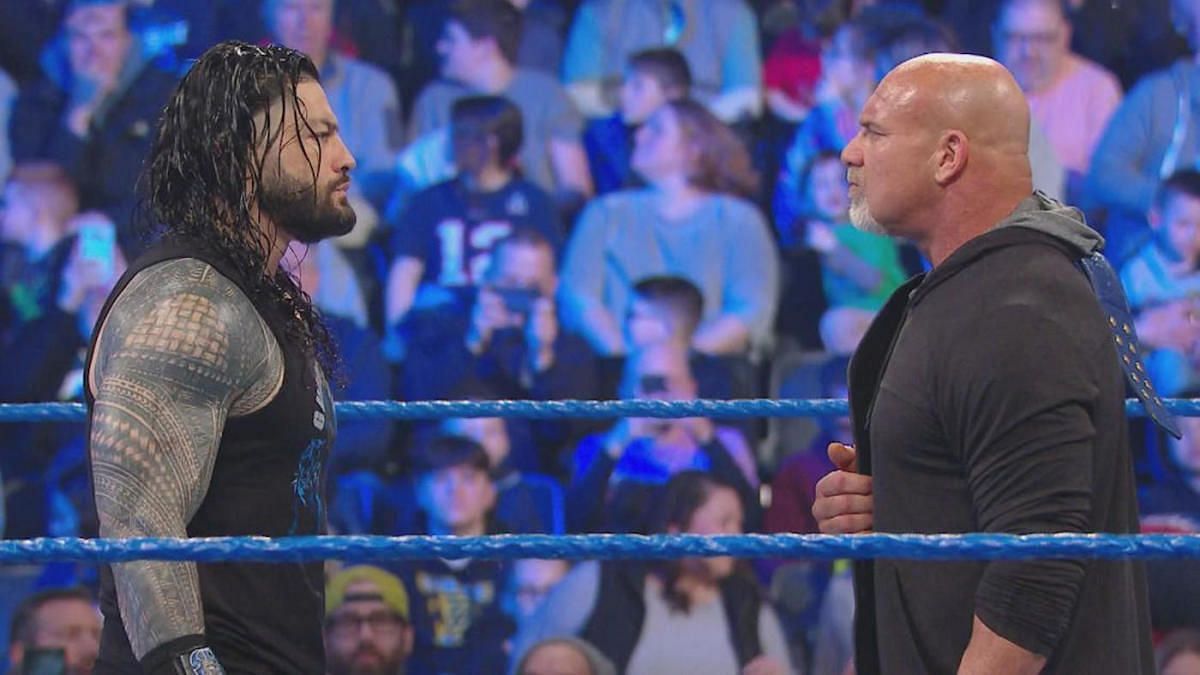 There is very little time left for the WWE Elimination Chamber 2022 premium live event to begin. There are going to be more than one match in this event and now the batting odds have been revealed for all the matches including Roman Reigns vs Goldberg Universal Championship match.

WWE Elimination Chamber 2022 will give fans a huge surprise?

Let us tell you that there is going to be an Elimination Chamber match between Brock Lesnar, Bobby Lashley, AJ Styles, Seth Rollins, Riddle and Austin Theory for the WWE Championship. The surprising thing is that according to the batting odds, the fans can get a huge surprise and a new champion can be found.

According to the odds, Brock Lesnar is the most likely to win, followed by Bobby Lashley. AJ Styles, Seth Rollins, Riddle and Austin Theory are going to be the underdogs in this match. This is quite surprising, because it is not even a month since Bobby Lashley became champion.

The Miz vs Rey Mysterio Match Rey Mysterio and Drew McIntyre vs Madcap Moss Match McIntyre is the most likely to win. Also, Bianca Blair is more likely to win in the Women’s Elimination Chamber match and Alexa Bliss is being considered a favorite after her. Apart from these two, Rhea Ripley, Liv Morgan, Dewdrop and Nikki ASH are going to participate in this match.