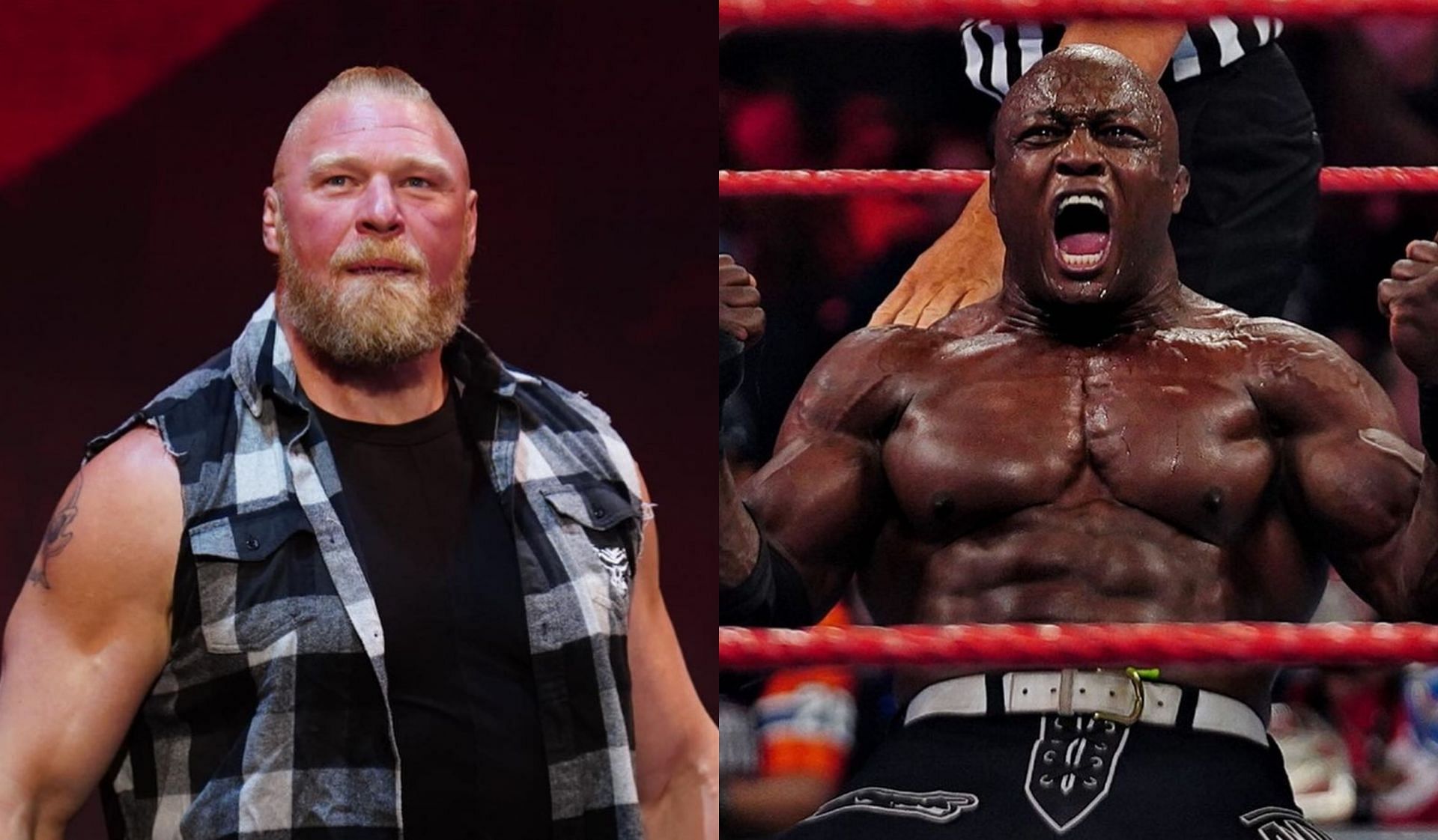 Raw: The episode of WWE Raw proved to be a bang. Many great matches and segments were seen in this show. The show started with a tremendous brawl. The main event was a United States Championship match. In the middle too, there were many wonderful things to see. Baron Corbin and Elias return. So in this article we will talk about the results of all the matches and segments in the episode of Raw.

Brawl was seen between the two superstars as soon as the show started. Meanwhile, Lashley spears Brock on the barricade. The fight between the two continued and Bobby speared The Beast on the table as well. He did not stop here and then the referees, security guards, officials and superstars had to come and separate the two. In the end, Lashley slams Brock on the announcers table and the table is broken. Everyone told Lashley to go backstage. Lashley attacks Lesnar.

This match proved to be very good. The Good Brothers fought a match in WWE after a long time and they impressed with their coordination. In the end, the Good Brothers applied their finisher Magic Killer on Chad Gable and won by pinfall. Judgment Day entered and made fun of The OC. Balor revealed that he had created Faction (Bullet Club) and later challenged The OC to fight. Styles accepted this and asked him to fight today. Styles told that Judgment Day will have to first get Rhea’s permission for this. Dominic Mysterio warned Styles but the veteran insulted him. Also, he challenges Mysterio to the match. Dominic accepted this and their match would take place a short time later.

Seth Rollins, while cutting the promo, told that now he has the United States Championship. The legendary superstar claimed that he would become the most spectacular US Champion in history. He later revealed that he would retain the US title by defeating Matt Riddle in the main event. Mustafa Ali enters and says Seth should thank Brock Lesnar for his win. Mustafa Ali expressed his desire to fight the match against Seth. Seth refuses and tells that Ali will have to follow the line. Seth tries to insult Ali and in the meantime Ali removes his glasses. Mustafa once again talked about fighting the title match. Seth praised Ali and in the meantime attacked him. There was a brawl between the two at ringside and the US Champion had the upper hand here.

The tag team match went well and Bayley’s commentary added to it. WWE gave enough time to this match and that’s why the fans were happy. Bianca and Candice also used several double team moves in this match. Bailey pulled out a kendo stick but Bianca attacked him. Candice fell alone in the ring and Damage Control applied its finisher to her. Dakota Kai pinned the win.

Backstage Matt Riddle claimed in an interview that he would become the new US Champion. During this time he met Mustafa Ali. Riddle told that he would give the title match to Ali as soon as he became the champion. Meanwhile, Ali and Riddle caught sight of The Miz. The Miz revealed that he slipped and that’s why he hurt his knees.

Backstage Judgment Day members were seen talking amongst themselves. Meanwhile, Cora Jade enters and tells that she wants to choose Rhea Ripley to fight Roxanne Perez. Riya accepted the opportunity.

JBL told that he is about to make a big announcement and then insulted the fans. JBL reported that Dominic did a good job separating from Rey Mysterio. Later he talked about his big announcement and then called Baron Corbin. Corbin made a surprise comeback. Later, the veteran insulted Rey Mysterio, Dolph Ziggler and the fans badly. JBL Says Happy Corbin Is ‘Modern Day Wrestling God’ Dolph Ziggler entered and a match ensued.

There was a tremendous match between Baron Corbin and Dolph Ziggler. This match of both won the hearts of the fans and Corbin was constantly getting a response like a top heel. Ziegler tried his best to register the win. In the end, Corbin applied his finisher ‘End of Days’ and won by pinning.

Backstage, The Miz was asked about his condition. He told that he is not fully fit. However, the interviewer revealed that Miz himself spilled the water and he is acting. Meanwhile, Johnny Gargano comes to the gate and says that Dexter Loomis has arrived. Frightened, Miz stood up and his injury healed instantly. It turned out that he was acting.

The MVP revealed backstage that he would appear on the next episode of SmackDown and tell Braun Strowman who the real giant is.

In this match, AJ Styles used his experience and he had the upper hand for a long time during the match. In between, members of Judgment Day distracted Styles by interfering. Well, the match went on and Styles came close to winning. However, Finn Balor and Damien Priest caught the attention of the Good Brothers. On the other hand, Rhea Ripley distracted Styles and Dominic Mysterio won with a rollup.

Backstage Johnny Gargano came to The Miz and revealed that he knew Dexter Loomis very well. That is why he should tell everything right to the fans. Miz later reveals that he will teach Gargano a lesson after taking revenge on Loomis.

Dexter Loomis was entering for the match and in the meantime Miz came up to him from behind. He rained chairshots on Loomis and then put the Skull Crushing finale on the chair. He could not match The Miz.

Johnny Gargano backstage asked The Miz to once again tell the truth about Dexter Loomis. However, Miz denies this.

Elias cuts the promo and reveals that Ezekiel had a very short career. Well, he got ready to sing his song and in the meantime Matt Riddle entered. Riddle revealed that he was a big fan of Elias and then Riddle played the drums. Later, Elias said that Matt should sit and watch his performance. Riddle sat down on the ground enjoying the performance. Meanwhile, Seth Rollins entered.

The match was a blast and here Elias was at ringside. He had a rift with Seth Rollins. On one occasion, Seth pushed Elias. That’s why he attacked the champion but the referee didn’t see it. Riddle focused primarily on his submission moves in the match. At the end of the match, Seth pushed Riddle on Elias. He applied his finisher stomp to Riddle and pinned the win. After the match, Seth also stomped on Elias and he was about to target Matt once again. Meanwhile Mustafa Ali came and attacked Seth. For this reason, Seth ran backstage from among the fans.