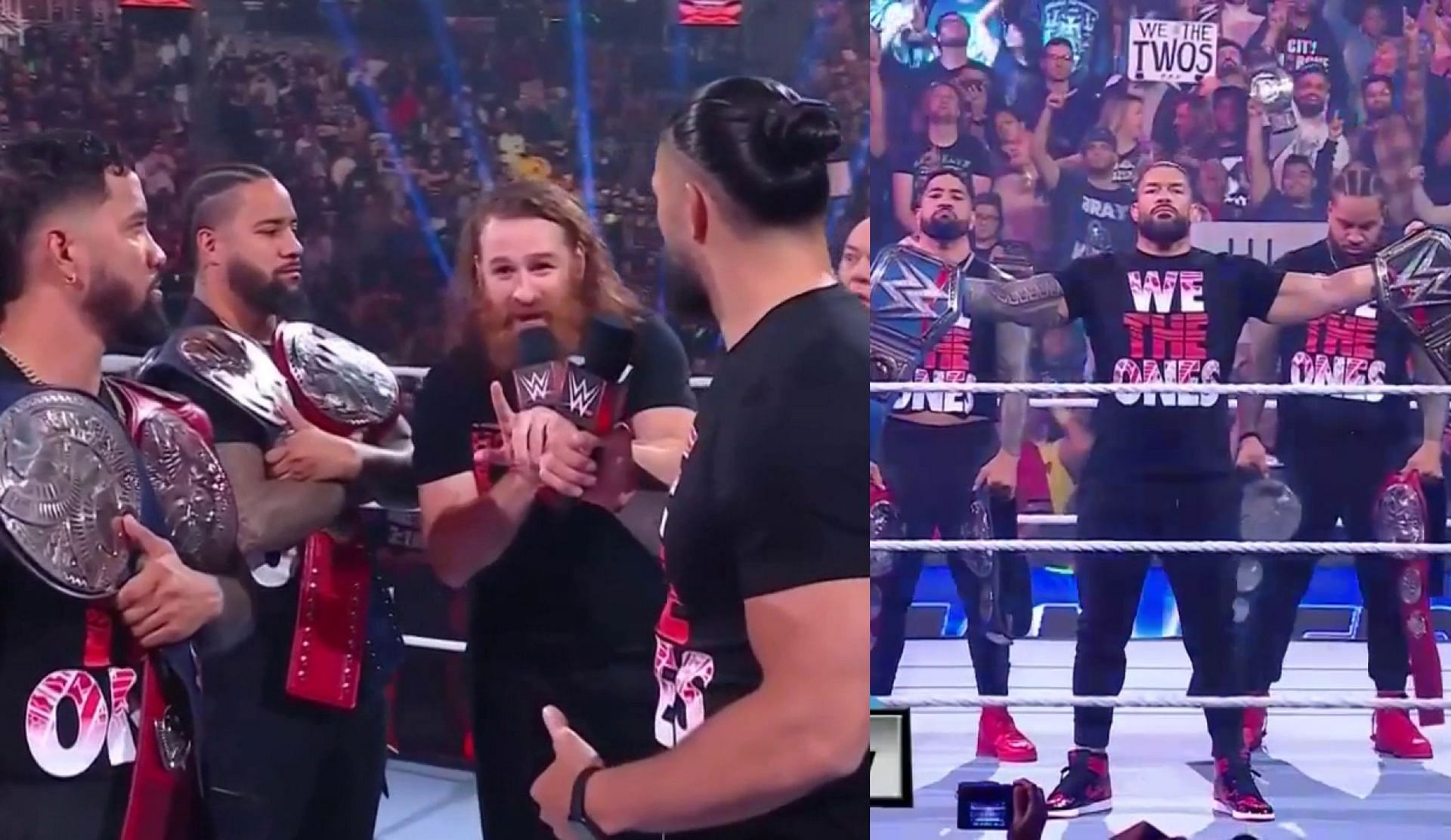 Raw: The episode of WWE Raw started with the segment of Roman Reigns and The Bloodline. WWE had already hyped the appearance of the Tribal Chief on Raw. Raw also saw a rift between the bloodlines and Sami Zayn again took over the segment.

The Bloodline segment was seen on WWE Raw

Roman Reigns was joined by other Bloodline members Paul Heyman, The Usos, Solo Sequoia and Sami Zayn. Roman Reigns first asked the fans to acknowledge him. Later the Tribal Chief told one thing that his father had told him that people who speak louder are actually weak.

He later turned his eyes to Je Uso and expressed that he had spoken it to him. Sami Zayn interrupted Roman Reigns and said that last week on SmackDown, Roman had given Zayn the responsibility of handling The Usos and Solo Sequoia. That’s why he would like to see this thing himself.

Roman Reigns gave a chance to the former NXT Champion. Sammy asks J Uso to join him and show a good rapport. Zane reveals that he has a good relationship with Jimmy Uso and doesn’t have any issues with Solo Sequoia. That’s why he asked Je Uso to behave the same way.

J Uso did not like this thing and he started staring at Roman Reigns. Tribal chief also raised questions on this thing. Uso was clearly furious at Roman and his anger was worth seeing. Sami Zayn did not allow the debate between the two brothers to progress and during this time Matt Riddle entered.

He challenges Roman Reigns. However, the Tribal Chief defeated him one last time, and Riddle could no longer fight Roman Reigns as the undisputed WWE Universal Champion as per the condition. That’s why his match with Sami Zayn was fixed. Well, showing the rift between Roman Reigns and Jay Uso is a big deal.