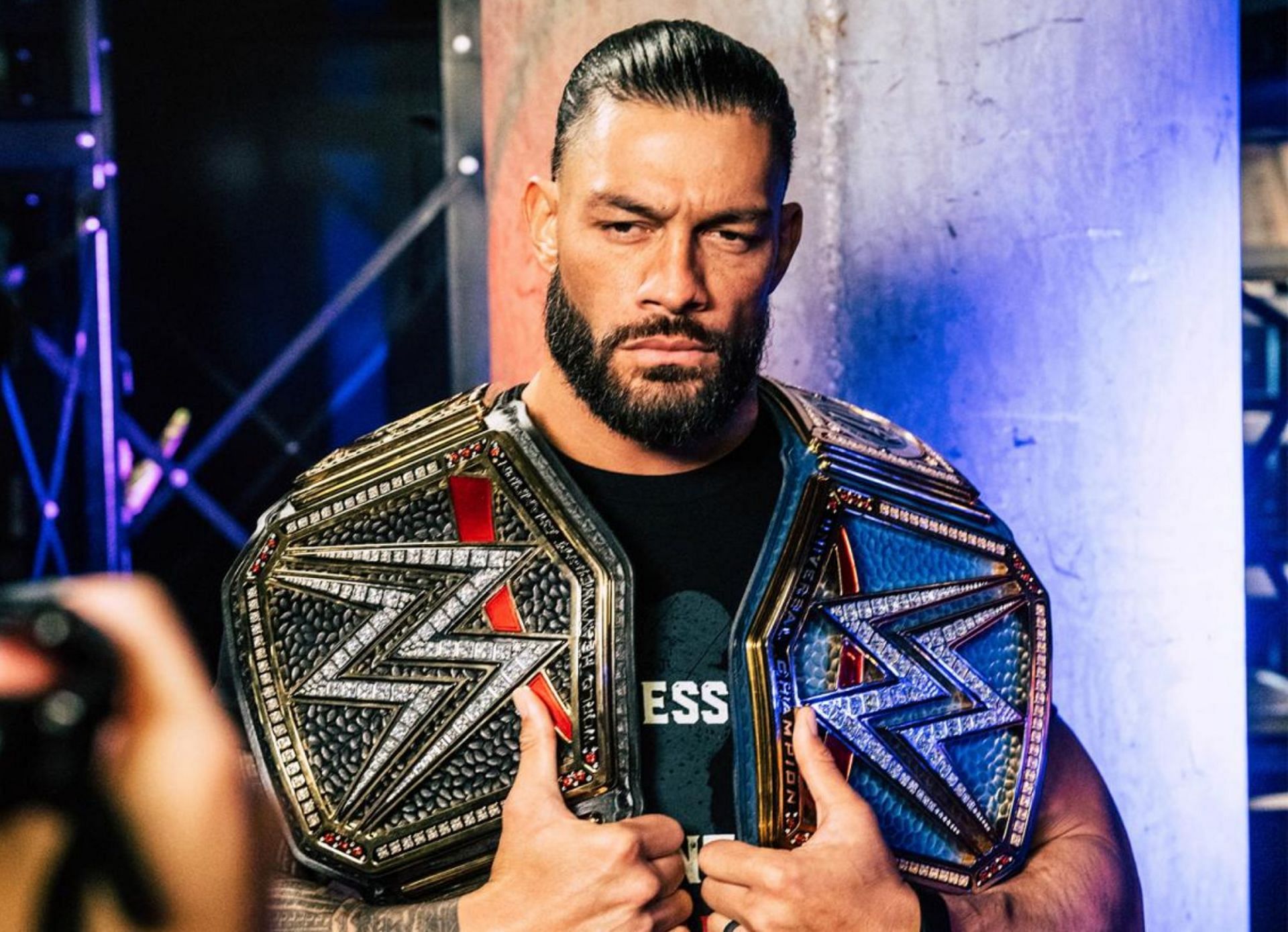 SmackDown: The episode of WWE SmackDown proved to be quite a spectacular one. This was the 1200th episode of SmackDown in WWE history and the company did not disappoint with the show. Roman Reigns appeared on the show and it was a tremendous thing. Well, in this article, we will look at the results of all the matches and segments that took place in the episodes of SmackDown.

Ronda Rousey suddenly entered the ring and asked Adam Pearce to remove her suspension. Pearce entered with the security guards and they refused to lift the suspension. That’s why Rousey decided not to leave the ring. The security guards entered the ring and tried to escort them away but Rousey scolded them. Adam called the police and they arrested Rousey and took them away.

Ronda Rousey was seated backstage in the police car and she took the WWE star. Meanwhile, Roman Reigns entered the Arena by car.

Joey Starc and Nikita Lions were supposed to be a part of this match but Starc is injured while Nikita is not clear to fight. For this reason, Toxic Attraction was replaced by NXT in the Women’s Tag Team Championship tournament. Bailey appeared with her fiction among the fans and tried to grab the attention of the superstars. The match went well and WWE gave both the women’s tag teams enough time. At the end of the match, Natalia implicated Jiji Dolin in her submission but she was not a legal star. Meanwhile, Jesse Zayn pinned Natalia with the help of a rollup to register the win.

Sami Zayn went backstage outside Roman Reigns’s room. The guard tells outside that Roman really wants to meet Sammy. Sammy meets Roman and tells him that he is doing everything for Bloodline but still Jay Uso is not treating him properly. Meanwhile, J Uso’s call also came on Roman’s phone and Sami Zayn talked to him. Later, Jane tells Reigns that the Usos will not be seen today. Roman Reigns further said that if Sami Zayn becomes the Intercontinental Champion, he could totally join Bloodline. Later, Roman tells Sammy to message Kevin Owens. Roman asks him to tell Owens that he is not indebted in any way.

Members of the Maximum Male Models Faction were present in the ring. Meanwhile, Hit Row entered and here Max Dupree insulted Top Dola. That’s why the members of Hit Row threw Masse and Mansoor out of the ring. Hit Row later gave WWE a live performance of a tremendous rap song upon his return.

Video package of Carrion Cross was seen. He called both Roman Reigns and Drew McIntyre here the superstars chosen by the company.

– Sheamus vs Sami Zayn vs Happy Corbin vs Ricochet vs Madcap Moss (No. 1 Contender Match for the Intercontinental Championship)

This Fatal 5 Way match went very well and can easily be considered as the best match of the show. All the superstars together won the hearts of the fans and performed well in wrestling. Sami Zayn got injured during the match and then went backstage. However, the match continued and Sammy entered again. He came close to victory but Happy Corbin kicked him out of the ring. Sheamus later placed his finisher on Corbin and pinned the win. Now he will match Gunther in Clash at the Castle.

A video segment of Viking Raiders was seen where they celebrated the New Day Funeral.

Liv Morgan was interviewed backstage and was questioned about the match against Schottie. Morgan said she would do anything to be the SmackDown Women’s Champion.

The match didn’t last long but as a heel, Schottie was booked well. With this match, Shotzy proved that she can make a big name for herself in the future. Liv won the match and Shayna Baszler attacked her after the match. Also warned them.

Roman Reigns was seen getting ready backstage before his segment and Drew also looked completely ready.

Roman Reigns appeared alone and he first asked the fans to acknowledge him. He later reveals that Drew McIntyre lies to everything and claims that Drew is actually below Reigns’ level. Meanwhile, Drew McIntyre entered and said that the Tribal Chief is no longer a hero and he doesn’t deserve to be a champion. Drew reveals that Paul Heyman and the Usos have helped Roman succeed, and that he still sees fear in Roman’s eyes because of their absence. The Scottish Superstar later asked Reigns to fight. There was a brawl between the two and McIntyre was about to kick Claymore here. Sami Zayn came and took the finisher on himself. Roman hit the Scottish star with a Superman Punch and was about to hit the Spear. However, McIntyre bounced back and placed his finisher on Reigns as well.

Thus ended the episode of SmackDown.