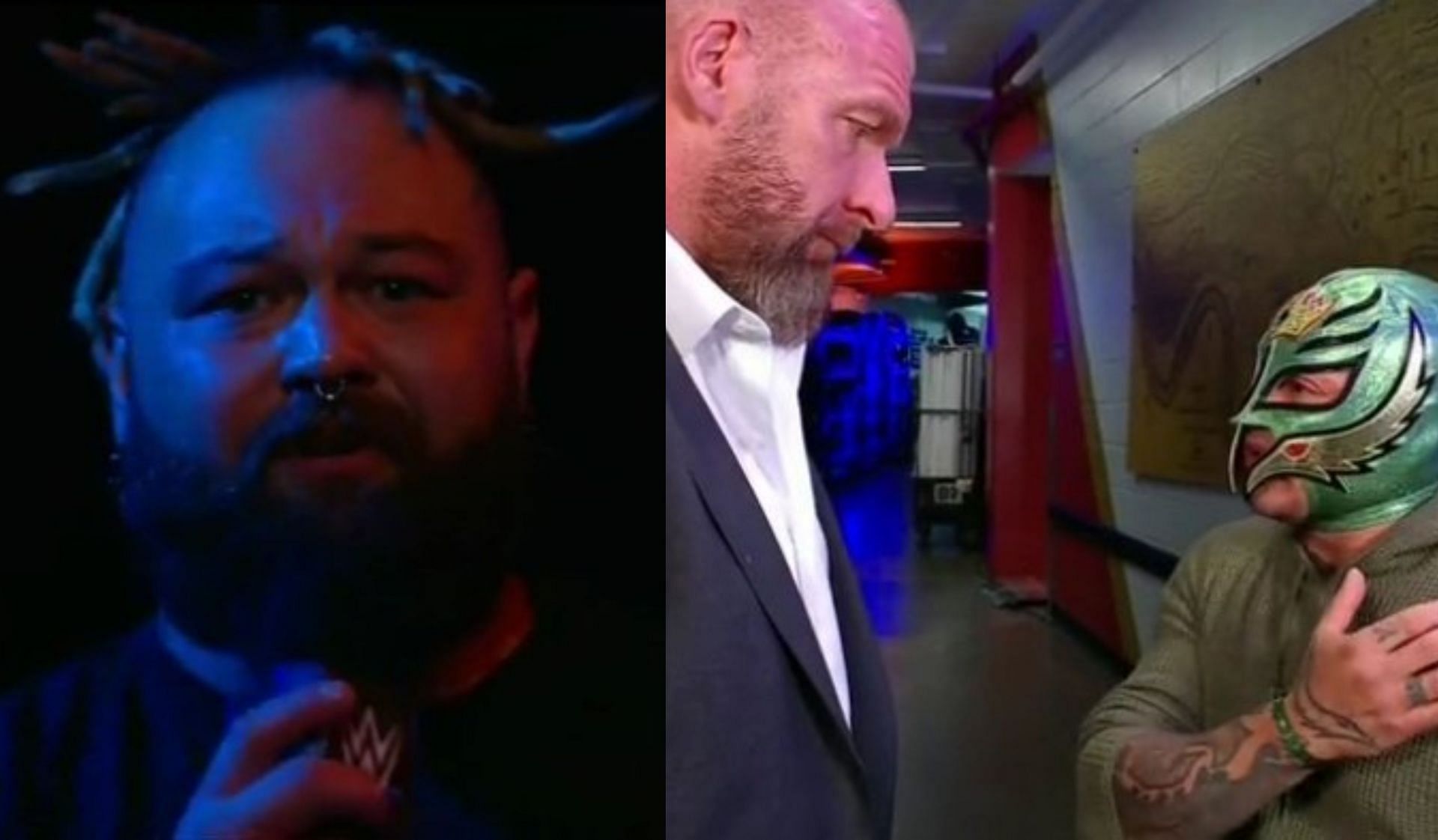 SmackDown: The episode of WWE SmackDown proved to be a great one. The show started off with a bang and saw an interesting fatal 4 way fight. Finally Bray Wyatt appeared. Well, in this article we will talk about the results of the matches and segments in the episodes of SmackDown.

As soon as the show started, the commentary team said that Carrion Cross and Scarlett were in a bad condition in the car crash and Drew McIntyre was behind it.

– The New Day entered and cut the promo, stating that they are the longest-serving Tag Team Champions stars in WWE history. In fact, The Usos are 30 days away from breaking their record.

– Backstage Sami Zayn refused Solo Sequoia to come along because they would have a big match. Zane asked J Uso to join in, and then Roman Reigns called. He also asked J Uso to support Sammy.

This match was very good. Both the stars are great wrestlers and they won the hearts of all the fans with their performances. During the match, Jay Uso hit Xavier Woods with a superkick at ringside but Sammy was unable to pin Kofi successfully. Jay Uso intervened again but Kingston kicked out. However, in the end Jay Uso intervened once again and here Sammy won with the help of a rollup. Roman Reigns will be happy with the victory of his partner.

Backstage there was a conversation between Rey Mysterio and Triple H. Mysterio told that he cannot fight against his son and that is why he now wants to leave WWE. Triple H took him to the room with him to explain.

Roxanne Perez met backstage with Shotzy and Raquel Rodriguez. Roxanne chooses Raquel as Cora Jade’s next opponent, and Bayley comes and tells her that she should have been chosen. Damage control later fixed the match against Roxane, Schottie and Raquel.

Braun Strowman faced local superstars and dominated against them brilliantly. During this match, Omos entered among the fans. This did not make any difference to Brawn’s match and he powerbombed his opponent and won by pinning. The MVP calls his fellow Omos the real monster. There were signs of a match between the two.

Backstage Sami Zayn told Solo Sequoia that he too had to win today. Meanwhile, Jay Uso reveals that Sammy has won because of him. Sammy and Solo both denied this.

The match was great and Knight dominated here. Mansoor tried to do well in the middle and Masse also interfered. Well, LA Knight finally put up their finisher BFT and pinned the win. After the match, Knight insulted the fans and then warned the entire roster.

Result: L.A. Knight got the win

This match was awesome. The match was mainly dominated by Roxanne Perez. All the stars did a good job. In the end, Bailey and Perez were legal. Bayley reversed Roxanne’s pin and pinned him for the win.

There are hints of the return of Sarah Logan and her joining the Viking Raiders.

Brawl was seen between the two teams even before the match. During this, Hit Row had the upper hand. Later the match started. Santos Iscobar attacked Asante at ringside, while Zelina Vega targeted B-Fab. This distracted Top Dola’s attention. Ligado del Fantasma placed his finisher and won by pinfall.

Backstage Sonya Deville insulted Liv Morgan while giving an interview. Morgan entered and savagely attacked the Devil. He later put Devil on the table and splashed him from the top. She was very angry.

– Ricochet vs Sheamus vs Solo Sequoia vs Rey Mysterio (No. 1 Contenders Match for the Intercontinental Championship)

The ring announcer announced that Carrion Cross would not be able to fight due to an injury. In his place, Rey Mysterio was given a chance in this match. This match was quite a bang and all the superstars made constant efforts to register a win. The commentary team also revealed during the match that Ray is now officially part of the SmackDown brand. Well, Jay Uso and Sami Zayn put together a savage attack on Sheamus. Butch and Ridge Holland come and rescue their partner. Sequoia and Sheamus completely lost their focus from the match. He had become a part of Brawl. Ricochet and Rey Mysterio were in the ring. Ray hits a 619 on Ricochet and then gives him a Frog Splash to register the win. This defeat at the hands of Roman Reigns’ brother Solo Sequoia lost a big chance in the IC Title storyline.

Bray Wyatt made a brilliant entry and he brought a lantern with him. He came to the ring and told that he was very nervous but now he is very happy. Wyatt told that he has lost many things in the last one year. Wyatt said that he has also lost his career, momentum and two special people. He thought that the fans would not care about it but in reality it was not so. People were excited for him. Bray Wyatt told that the fans always praised him. Also he thanked the fans. Meanwhile, a video played on the big screen and it was quite strange. It looks like someone else is going to control Bray Wyatt.

This is how the episode of SmackDown ended.