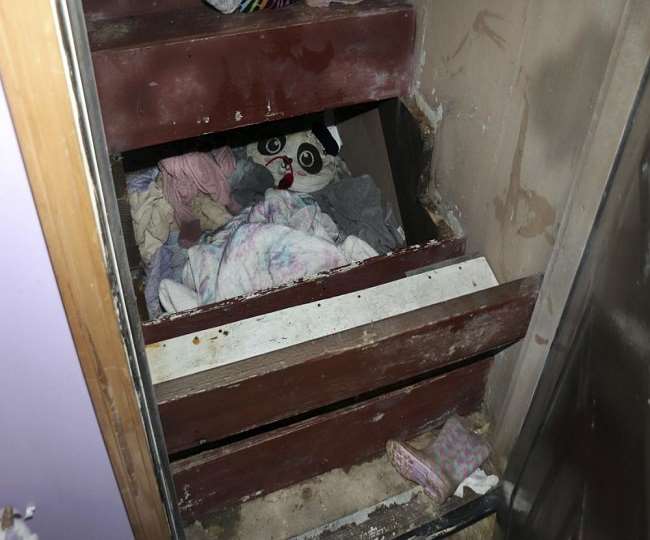 A six-year-old girl, Paisley Shultis, was recovered from a chamber built under the stairs in a house. The baby girl is safe and sound. Paisley is believed to have been abducted by his biological parents Kimberley Cooper and Kirk Shultis.

New York, AP. After being found in custody in New York, her own parents kidnapped a four-year-old girl and also managed to hide her in the secret hideout of the house for two years and now the 6-year-old girl has been found by the police . It is noteworthy that since the year 2019, the missing girl was found hidden under the stairs in her house in Hudson, New York. A girl missing for almost two years was found in a special chamber built under the stairs in the house. Baby’s health is better. The girl is believed to have been abducted by her biological parents.

New York state police said they recovered a six-year-old girl, Paisley Shultis, from a chamber under the stairs of a house in the town of Sagartis. The baby girl is safe and sound. Paisley is believed to have been abducted by his biological parents Kimberley Cooper and Kirk Shultis. Both of them do not have the legal right to keep the child with them. Paisley was abducted by his biological parents only after he was denied custody in 2019. Police say that after the kidnapping, Paisley was kept in a secret room of the house which was very small, cold and damp.

Police said they got clues about the girl on Monday. Taking a search warrant, he searched the house. Police said that a special type of tool was used for the investigation, which was suitable for removing many wooden steps. With the help of this, after an hour’s effort, he saw small footprints under the stairs. Immediately they searched the corner and found the girl and her 33-year-old mother. Police arrested the girl’s parents and her maternal grandfather and handed the girl over to her legal guardians.