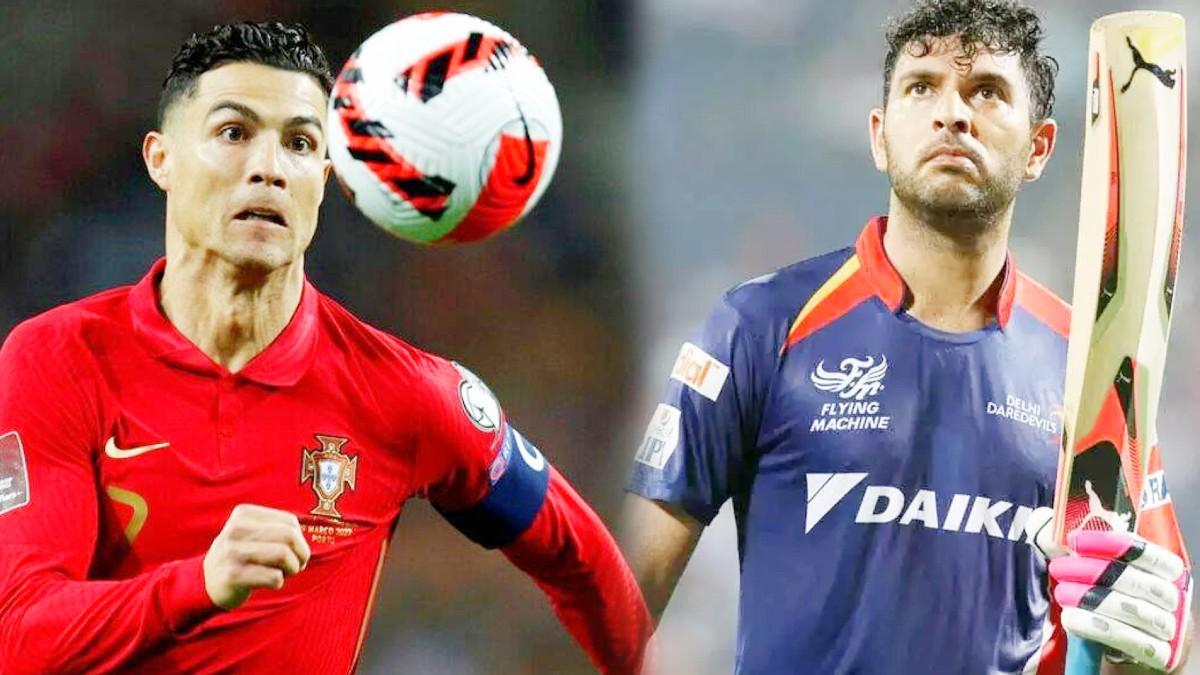 Yuvraj Singh on Cristiano Ronaldo: Portugal’s star football player Cristiano Ronaldo is constantly touching the heights. At the age of 37, Ronaldo has set a great record. He has completed his 700 goals at club level.

On this achievement of Ronaldo, the process of congratulating him from all over the world continues. Meanwhile, former Team India cricketer and Sixer King Yuvraj Singh also congratulated by tweeting, but wrote something that he came under the trolls’ target.

Actually, Yuvraj Singh wrote in the tweet, ‘King is back. Form is temporary, but class is always there. Welcome to Cristiano Ronaldo 700 Goal Club. No.-7.’ Let us tell you that the user who has welcomed Ronaldo has been caught by the users. What was it then, he is being trolled fiercely on this tweet of Yuvi.

King is back! Form is temporary class is forever !!! @cristiano welcome to 700 club ! No7 #GOAT #legend siiiiiiiiiiii !!!!! @ManUtd

One user wrote, ‘Welcome? Bhai is of goals (record), not of runs. Another user quipped, ‘I think he has opened this club.’ At the same time, another user wrote, reminding Yuvi, ‘Here is the only person in the club of 700 goals.’

I thought he opened the club

There is only one guy in the 700 club

Ronaldo made the best record in this way

Let us tell you that under the English Premier League, a match was played between Manchester United and Everton on Sunday late night. In this United won 2-1. In the same match, Ronaldo scored in the 44th minute. This was United’s second goal in the match, thanks to which they won.

It was Ronaldo’s 700th club goal. He has become the first footballer to do so. Ronaldo has scored 450 goals for Real Madrid. He has scored 101 goals for Juventus, 5 for Sporting Club and 144 for Manchester United.

Ronaldo has scored 129 out of 700 goals from penalties. He is the highest scorer of 140 goals in the Champions League. Lionel Messi is now 14 goals behind him in this matter. Ronaldo has scored 311 goals in 292 matches in La Liga.