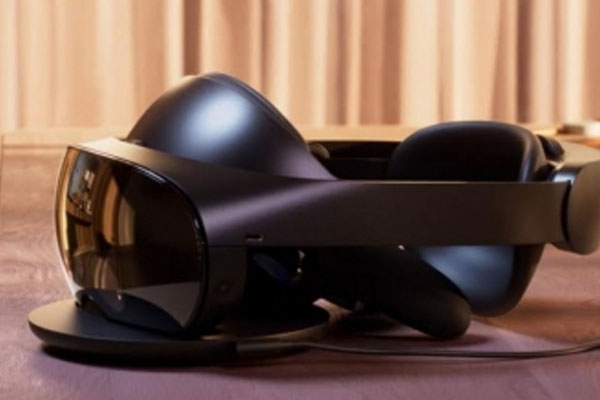 New Delhi . Meta Founder and CEO Mark Zuckerberg, in the presence of Microsoft Chairman and CEO Satya Nadella, has introduced a new VR headset ‘Meta Quest Pro’, packed with features like full-color mixed reality and priced at $1,500. Meta dropped the codename for its next VR device called ‘Project Cambria’, dubbed ‘Meta Quest Pro’, which will start shipping on October 25.

“The Meta Quest Pro is the first in a new series of advanced headsets designed to expand the possibilities of visual and mixed reality,” Zuckerberg said at the ‘Meta Connect’ event late Tuesday. Its pancake lenses reduce the size of the sharp visual headset. We do.”

Nadella has announced that Microsoft productivity tools will come to Meta Quest Pro and Meta Quest 2 next year, including apps for Windows 365 and Teams and the ability to join team meetings from inside the Meta Horizon workroom.

Meta also announced that it is developing its own social metaverse platform Horizon Worlds on the web.

He added, “We also announced new social innovations we’re working on with the YouTube VR team. If you’re connected with friends at Meta Horizon Home, you’ll soon be able to watch YouTube videos together. “

Outside of VR, Meta is bringing avatars to video chat, starting with Messenger and WhatsApp.